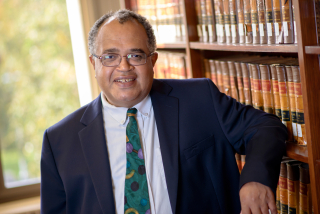 Ben Davis, of the University of Toledo College of Law, has posted Worker Endangerment in the Meat Industry During COVID-19 on Jurist.  The post comments on the President's Executive Order relating to the food supply chain. The Executive Order was a response to the closing of some meat and poultry processing plants in response to outbreaks of COVID-19 at the plants.

The executive order suggests that the plants closed due to state action and alleges that state regulations "may differ from or be inconsistent with interim guidance recently issued by the Centers for Disease Control and Prevention (CDC) of the Department of Health and Human Services and the Occupational Safety and Health Administration (OSHA) of the Department of Labor."  Ben's post makes clear why state regulations might differ with CDC and OSHA guidances, which are filled with what he calls "mealy-mouthed phrases" but I would call weasel words.  Basically, the guidances say that, ideally, plant operators should consider allowing workers  to socially distance themselves if feasible.   If states imposed stricter guidelines, they saved lives.

It is not true that state action is the cause of the closures.  Rather, the companies are closing their plants on their own.  I didn't know that lying in executive orders was a thing now, but I concede, that was very retro thinking.  Moreover, workers do not want to work in unsafe conditions, and thus the Executive Order many not have any effect, according to this CNN report.

According to the Executive Order, the closures "threaten the continued functioning of the national meat and poultry supply chain, undermining critical infrastructure during the national emergency."  As a pescatarian, I can only say, "Really?"

Ben's post highlights the precarious predicament that workers might face as a result of the Executive Order.  They may face a Hobson's choice of returning to an unsafe work environment or losing their unemployment benefits.  Ben cites to reports that some governors, like Iowa's Kim Reynolds (left) and Texas's Greg Abbott (right), are threatening to withdraw such benefits from workers who "voluntarily quit."  The issue goes beyond the plants and could affect workers in many areas of the economy that are opening up before their workers feel safe returning to their jobs.

Another discussion we also need to have in relation to the large overconsumption of meat in this country is our reliance on disposable items such as masks, hospital gowns, gloves, etc. At a holistic scale, is the "Universe" showing us that we are on a path to self-destruction that we need to consider more closely? I know... that sounds like woo-woo, but we know that the disposable plastics issue needs to be addressed.