Another Constitutional Sidebar: Is an Oath a Legal Obligation?

The Blogosphere and Twitter have been ablaze this week with debates about the Article VI oath and whether those subject to the oath are obligated to be originalists.  Chris Green (pictured) 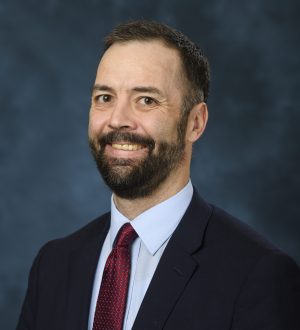 summarizes the debate and his role in it in this useful post.

These arguments leave me cold.  I have taken a few oaths I suppose, and I do not think I have ever knowingly violated an oath, but not because I took the oath.  An oath is to me a nudum pactum and pure theater.  It entails no binding legal obligation, nor do I consider oaths a supplement to the moral obligation one has without taking the oath.  They serve a purpose of solemnizing some transitional moment, and they may serve to establish some sort of communal bond.  Or they may be empty gestures to which people pay no mind once the moment has passed.

I have a clear memory of taking an oath when I began my clerkship on the Eleventh Circuit Court of Appeals.  We new clerks came together at an en banc sitting of our court, and the chief judge administered the oath.  He asked us to repeat after him and then said "I [insert your name] do solemnly swear or affirm . . . ."  I recited my bit but also listened as many of my co-clerks said their name and then repeated "do solemnly swear or affirm."  I winced, and the chief judge smiled both grimly and indulgently as he continued with the rest of the ceremony, which for me was now bereft of its grandeur, let alone solemnity.  I have no recollection of what I affirmed that day.  All I recall was the farce.

This no doubt says something about my hard-wiring and how it differs from people who are able to take oaths seriously.  But I do have two less idiosyncratic points to make about Chris Green's oath argument.

First, earlier today I posted about the Emoluments Clauses case, In re Trump.  One possible outcome of that case is that the courts will eventually conclude that the parties bringing the case do not have standing to enforce the Emoluments Clauses.  Another possibility is that the Clauses are not self-executing and that nobody has standing to enforce them unless and until Congress passes a statute creating a cause of action and jurisdiction in the federal courts for such a claim.  I think the same problem would arise all the more clearly should anybody seek to claim that some constitutional decision-making body had violated its oath by failing to adhere to originalism.  The problem with respect to the oath is still more difficult than with the Emoluments clause because originalism can mean so many different things.

To wit, and this is my second point, Chris's post includes an eight-step synopsis of his argument, culminating in this:

The meaning expressed by the text of the Constitution, on the basis of the legal interpretive conventions that existed at the time, applied to the original context, binds office-holders today

But what if you believe, as I do, that something along the lines of living constitutionalism was an original interpretive convention?  That is, there were occasions during the Early Republic when constitutional decision-makers essentially concluded that, although the Constitution had one meaning at the time it was adopted, experience has led us to accept that it is better to read it as meaning something entirely different.