"There's something that you all need to understand," Madonna said during her Las Vegas concert, "and that is, that a queen is never late."

Maybe so, but concertgoer Nate Hollander is suing her and concert promoter Live Nation for breach of contract. Hollander claims that first announcing the concert start time to be 7.30 p.m. and then changing it to 10.30 is a breach of contract.  No refund has been offered, he alleges, and attempts to resell the tickets will not make up for the money lost as tickets have now "suffered an extreme loss of value" because of the time change, Hollander further alleges.  Each ticket cost approx. $340. 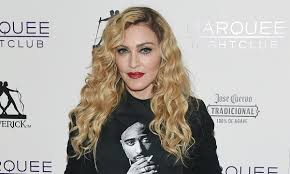 Does Hollander have a point?  For those who are not night owls, it is certainly an inconvenience to have to be out and about until mightnight if they had hoped to hit the sack earlier.  Sure, a big name like Madonna will, hopefully, cause a perhaps much-needed adrenaline rush, but what about having to pay babysitters for very late hours worked, increased difficulty getting home on public transportation or shared rides that late, etc.

Notwithstanding the fact that concert tickets to see big names often increase dramatically in value on the secondary market if the show is sold out (if it is even contractually possible to resell the tickets), it does not seem, however, like any true loss had been suffered here.  Madonna still performed and thus provided the benefit of the bargain even if not perfectly so.  The tickets were still honored.  It was still a night out in Las Vegas.  There really was no reason to have to resell tickets, so any value allegedly lost in the deal is speculative.

For law teaching purposes, this case may, though, still be interesting when discussing material v. minor breach with our students.