A Match Made in Hell?

Can you get your money back from a contract for dating services if the matchmaking service either does not produce enough dates or enough quality dates?

That was discussed recently in connection with a business model by a Colorado matchmaking company that might not be that unusual in the industry (I wouldn’t know and it’s irrelevant anyway as the issue is, at the end of the day, one between the client and the service provider): 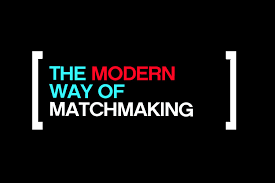 The company explains to clients that the company will only match clients when the company feels that it has a good match for someone.  That might take some time.  However, clients are often impatient…. says the company.

Clients say that, in one case, instead of the promised active, rough, Kris Kristofferson type, a retired and injured police officer notified the female who contacted him that he could not meet for at least another couple of months because he could neither drive nor sit up.  In another case, a man showed up wearing a pair of super tight sweatpants with a black, badly stained shirt tucked in.  The man’s personal hygiene also seemed to be subpar…

The company responds that they are not responsible for the clothes people wear on dates and that the police offer was injured after signing up for the service.  The company was sued a few times in small claims court and lost.  It defends itself as follows:

What remains important in this and all consumer transactions is to be sure that you don’t sign any contracts unless you have read and understood all terms.  Courts may hold you to have done so even if you did not.  Make sure that all important contractual aspects are in writing and that you retain a copy.  If you do not understand any terms, make sure you ask for clarification before you sign.  Make sure you understand all charges.  You should probably also not sign up for anything as uncertain as a dating service if you cannot afford the fee if you do not meet the man or woman of your dreams.  It becomes really difficult from a legal point of view that a company has not fulfilled its promise if it did, for example, give you a chance to go on several dates.  Having to argue that the person you met was not who you had hoped for may be impossibly difficult in most cases.

Thank you so mu https://tracktrace.one/usps/ ch for this. I was into this issue and tired to tinker around to check if its possible but couldnt get it done. Now that i have seen the way you did it, thanks guys
with
regards