A sexual investigation was launched against male student “John Doe” of Columbia College of Chicago (“Columbia”) after a female accused Doe of non-consensual sexual relations.  A formal investigation and a hearing led to Doe being suspended from Columbia for an academic year.  Doe then filed suit in federal court alleging, i.a., Title IX violations and that Columbia had breached its contract with him by not providing him with an impartial investigation and adjudication of the matter.  He also asserted that he did not get access to the documentation relating to his hearing, that Columbia failed to discipline female individuals who engaged in similar conduct, and that the hearing panel’s decision was against the weight of the evidence.

The trial and appellate courts both pointed out that Illinois courts have expressed a reluctance to interfere with academic affairs and have held that a student’s breach of contract claim must involve decisions that were arbitrary, capricious, or made in bad faith.  Thus, Columbia would not even have been liable if the court had found that it exercised its academic judgment unwisely; rather, it must have disciplined a student without any rational basis.  This was not the case here.

Doe had had a chance to review the documentation, it was found.  Further, Columbia was not arbitrary or capricious in its response to Doe’s complaints about female students: they responded quickly, investigated, handled his complaints, and encouraged him to inform the university if any further incidents occurred.

In other words, the burden in such cases is high.  To find in the student’s favor, the courts must find that the university “did not exercise its academic judgment at all, instead acting arbitrarily or in bad faith in its treatment of plaintiff.” 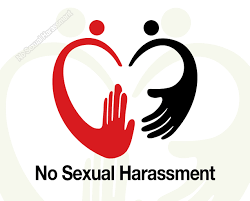 This outcome was probably warranted in this case and the reaffirmation of the standard welcome to educational institutions.  On the other hand, I find it slightly disturbing that, under better facts, a student’s contractual rights and arguments could not be given any weight even if the student could show that the university “exercised its academic judgment unwisely” or “at all”?  Of course, as law professors, we are aware of the difficulty it can be to deal with students who may be complaining about something out of emotional issues with their grades or the like.  However, just because a student is a student and, of course, protected by federal civil rights law does not mean that the student may not have a valid contractual argument.  As we know from extensive media discussions about the expense of going to college modernly, does it make sense from a contracts law point of view to say that the students cannot prevail with a contract claim even if the university exercised its judgment unwisely?  - Is the latter not exactly what you pay a university for?

Of course, these issues intersect with constitutional law, which must be followed.  But the standard is somewhat troubling under some circumstances, I think.