PNC Bank, Wells Fargo and U.S. Bank have been sued for charging interest from homeowners paying off their mortgages early without disclosing how to avoid the charges in spite of HUD rules requiring the latter (and, in the case of one California plaintiff, the California Unfair Competition Law).  When do they ever learn, you ask yourself? - Not soon enough, seems to be the answer.

This is how the most recent scandal went down (and might still be, so anyone wishing to pay off their mortgages before time, be aware): Homeowners paying off their mortgages ahead of schedule were charged “post-payment interest charges” for the entire month in which the loan was otherwise paid off.  What’s the big deal, you ask yourself?  Consider this: Lead California plaintiff Sandi Vare alleged that she asked PNC for a payoff statement when refinancing her home in July 2016.  She was charged $1,227.16 in interest for the entire month, despite the fact that her loan was paid off on July 16; roughly $600 too much.  Even for you and I, that’s a good chunk of change. 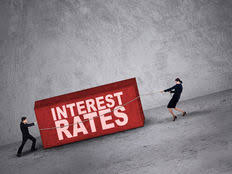 Banks, it seems, try whatever they can to fog and outright cheat their own clients in many contexts and certainly in the home financing/refinancing ones.  I am personally altering my home loan with Wells Fargo to 1) pay a chunk extra into the principal and 2) pay the loan off in a shorter timeframe than the current one.  The amount of fogging and, in effect, secret “code talk” one has to be subject to or use to achieve such a simple objective is amazing.  For example, if one does not mention the word “recast,” the bank representative may not mention this or may not outline the otherwise relatively advantageous terms of obtaining such a contractual amendment. If one does not very specifically ask for the interest rates and amounts per month, total loan period and interest vs. principal amount, etc. (you get it), the bank – at least Wells Fargo – does not seem to lay out all the details that could work in the borrower’s favor.  Granted, they do if one asks them to do so, but is this this amount of fogging, secrecy, and, in the case of the above-mentioned lawsuit, outright disregard of not only contractual ethics, but also state and federal law what we wish to accept as society just so that banks, who have repeated proved to not follow the law, ethics or even sound market-based risk principles, can continue to make money on services that their customers actively seek to avoid?  One would hope not, but as this case shows, more litigation is apparently needed to continue reigning in overly greedy banks.

The case is Vare et. al v. PNC Bank, U.S. District Court for the Northern District of California, 18-2988. The lawsuit is asking for a nationwide class for breach of contract.  Wells Fargo and U.S. Bank defeated nationwide class status last year as too many state-specific rules were involved in that case.