I have the great honor and pleasure of posting the below guest blog written by noted environmental scholar Dan Farber, the Sho Sato Professor Of Law and the Faculty Director of the Center For Law, Energy, & The Environment at UC Berkeley.

There has been increasing interest in the environmental law community in the role that private firms can play in sustainability. For example, many major corporations bemoaned Trump’s withdrawal from the Paris Agreement and pledged to continue their own environmental efforts. In fact, as a recent book by Michael Vandenbergh and Jonathan Gillian documents, these firms already have their own programs to cut emissions. It’s worth thinking about the ways in which contracts between these companies could serve some of the same functions as government action.

Group action, based on contracting, could be a way of amplifying these efforts by individual firms. One possibility would stick pretty close to the structure of the Paris Climate Agreement. Under the Paris Agreement, nations agree to engage in certain types of monitoring and to implement emissions cuts that they set themselves. There are already ways that corporations can publicly register their climate commitments. The next step would be to 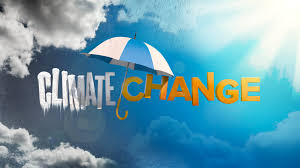 enter into contracts to engage in specified monitoring activities and report on emissions. The goal would be to make commitments more credible and discourage companies from advertising more emissions efforts than they actually undertake.

The contracts could be structured in different ways. One possibility is for each company to contract separately with a nonprofit running a register of climate commitments. The consideration would be the nonprofit’s agreement to include the company in the register and require the same monitoring from other registered companies. An alternative structure would be for the companies making the pledge to contract with each other, ensuring that there would be multiple entities with incentives to enforce the agreement against noncompliant firms. The biggest contract law issue is probably remedial. It would be difficult to prove damages, so a liquidated damage clause might be useful, assuming the court could be persuaded that significant liquidated damages are reasonable. An alternative set up would be to require representations by the company about compliance with monitoring protocols at they make their reports, providing a basis for a misrepresentation action.

We can also imagine something like a private carbon tax in which companies pledge to pay a nonprofit a fixed amount based on their carbon emissions. The nonprofit would use the funds to finance renewable energy projects, promote sustainability research, or fund energy efficiency projects such as helping to weatherize houses. Such pledges would probably be enforceable even without consideration under Cardozo’s opinion in Allegheny College. Damages would presumably be based simply on the amount of unpaid “taxes.”

It’s also possible to think in terms of a private cap-and-trade scheme, something like the ones used by California and by the Northeastern states. In these markets, governments set caps on total emissions and auction or otherwise distribution allowances, each one giving the owner the right to emit a single ton of carbon. In the contractual version, firms would agree to create a market in carbon allowances and to buy as many allowances as they need to cover their emissions. For instance, firms could agree to cut their emissions on a schedule of, say, 2% per year for five years. Every year, they would get allowances equal to their current target, which could be traded. Firms that were able to cut their emissions more than 2% could recoup the cost by selling permits to firms that found it too expensive to make their own cuts. Each firm would have to be bound contractually to pay for purchased allowances coupled with an enforceable obligation to achieve the target. If firms fail to buy the needed allowances, the measure of expectation damages seems to be the market price of the allowances the contract required them to purchase from other firms.

One advantage of government regulation is that the government can assess penalties, while contract law does not enforce penalties. For that reason, arguments for substantial compensatory damages will be crucial to provide an incentive for compliance. There will also be questions about how to structure the contracts (between firms or only between each firm and the nonprofit administering the scheme). And of course, all the usual issues of contract interpretation, materiality of breach, etc., will surface. (If nothing else, this could be the basis for an interesting exam question.)

Whether any of this is practical remains to be seen. There are also potential antitrust problems to contend with. But it is intriguing to think about ways that private contracting could be used to address societal issues such as climate change, particularly in situations where the government seems unlikely to act. There might be real gains from using private-law tools like contract to address public-law problems.