A contract worth $11 b. Two such major parties as Yahoo!, Inc. and SCA Promotions, Inc. And still the contract does not specify precisely what the payments due are supposed to be for.

In 2014, Yahoo wanted to sponsor a perfect bracket contest in connection with the 2014 NCAA Men's Basketball Tournament, with a $1 billion prize for any contestant who correctly predicted the winner of all 63 games. SCA provides risk management for marketing and prize promotions. In return for a fee, SCA agreed to pay the $1 billion prize if any contestant won the contest. 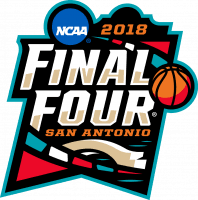 The contract permitted Yahoo to cancel the contract with fees varying depending on when Yahoo cancelled. The relevant provision read as follows:

Cancellation fees: Upon notice to SCA to be provided no later than fifteen (15) minutes to Tip-Off of the initial game, Yahoo may cancel the contract. In the event the contract is cancelled, Yahoo will be entitled to a refund of all amounts paid to SCA subject to the cancellation fees set forth in this paragraph … Should the signed contract be cancelled between January 16, 2014 and February 15, 2014, a cancellation penalty of 50% of the fee will be paid to SCA by Sponsor (emphasis added).

Once again, students and practitioners: be clear when you draft documents! Unambiguous language and specific references can be worth millions, if not billions, of dollars.