Is Amazon Selling Products or Services?

As first reported on Above the Law, the Federal Circuit Court of Appeals has just ruled that Amazon is nothing but a simple purveyor of “online services” and does not make “sales” of goods. Although the issue in the case was one of intellectual property infringement and thus not the UCC, the differentiation between “goods” and “services” is also highly relevant to the choice of law analyses that our students will have to do on the bar and practitioners in real life. 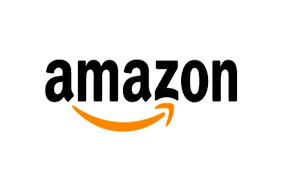 How did the Court come to its somewhat bizarre decision? Amazon, as you know, sells millions, if not billions, of dollars worth of tangible, physical products ranging from toilet paper to jewelry, books to toys, and much, much more. They clearly enter into online sales contracts with buyers and exchange the products for money. “Amazon” is the name branded in a major way in these transactions whereas the names of the actual sellers – where these differ from Amazon itself – are listed in much smaller font sizes. Often, it is Amazon itself that packages and ships the products to the buyers, whereas at other times, third party buyers are responsible for the shipping. Amazon “consummates” the sale when the buyer clicks the link that says “buy” on the Amazon website. Amazon then processes the payments and receives quite significant amounts of money for this automated process.

Clearly a “sale,” right? Nope. I guess “a sale is not a sale when a court says so.” As regards the IP dispute, the crucial issue was whether or not Amazon could control the acts of the third-party vendors. You would think that even that would clearly be the case given the enormous control Amazon has over what is marketed on its website and how this is done. Amazon, however, argued that it sells so many items that it cannot possibly police all of them. Thus, it won on its argument that it was not liable under IP law for a knock-off item that had been sold on the Amazon website as the real product (cute animal-shaped pillowcases). 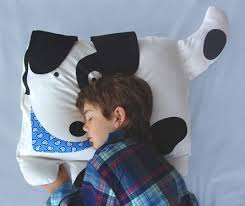 Had this been an issue of contracts law and had the court still found that the transaction was not a sale of goods under UCC Art. 2, would it have erred? Arguably so. Under the “predominant factor test” used in many, if not most, jurisdictions, courts look at a variety of factors such as the language of the contract, the final product (or service) bought and sold, cost allocation, and the general circumstances of the case. When you buy an item on Amazon, it is true that you obtain the service of being able to shop from your computer and not a physical location, but at the end of the day, it is still the product that you want and buy, not the service. Apart from the relatively small service fee (which gets deducted from the price paid to the seller), the largest percentage of the sales price is for the product. Modernly, online buyers have become so used to that “service” being provided that it is arguably not even that much of a service anymore; it is just a method enabling buyers to buy… the product. Clearly, it seems to me, a “sale” under Art. 2.

Again, this was not a UCC issue, but it does still show that courts apparently still produce rather odd holdings in relation to e-commerce, even in 2017.