Whose Idea was Oscar-Winning Movie “Inside Out”?

Denise Daniels of Minnesota, who says that she has worked with children’s social and emotional development for more than four decades, claims that she pitched her idea for what became the 2015 animated box office success "The Moodsters" to Disney-owned Pixar a number of times between 2005 and 2009 with the understanding that she and her team would be compensated if Disney used her idea.

Ms. Daniels just filed a complaint in federal court in the Central District of Los Angeles stating that she had an implied-in-fact contract that obligated Disney to compensate and credit her if the studio used her idea. Ms Daniels also argues that "The Moodsters" would have featured five color-coded, anthropomorphic characters, each representing a single emotion: happiness, sadness, anger, love and fear. The characters would reside in an abstract world within a child. The movie "Inside Out" features five characters based on the emotions joy, sadness, anger, fear and disgust. The characters reside in the mind of a young girl named Riley, who must learn to adjust to a new life when her family moves to San Francisco. 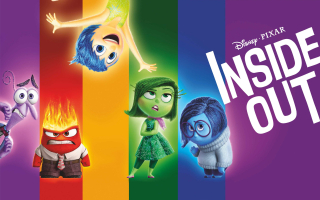 In March, Disney was also sued over 2016's "Zootopia." In that lawsuit, a screenwriter claimed that the studio stole his original idea and copied his designs for the movie's animal characters.

So, how would you advise your students to best take care of the interests of clients seeking advise in pitching ideas to major entertainment companies? “Get a contract in writing ahead of time” is easier said than done. If you really have a good idea for a movie or the like, how do you even get to talk to a studio about it without at least revealing something about your idea? - And if you do, might it then not already be too late? For example, it seems odd to seek to discuss potential ideas with an entertainment company simply saying “I have a good idea, but first, let’s talk legal details.” Wouldn’t the company just tell you to get lost, if you even got a response at all? On the other hand, so many of these suits seem to take place that at least some sort of preliminary writing seems to be a good idea for both parties.

In 2004, Disney lost a case over profits for ABC’s “Who Wants to be a Millionaire,” which resulted in a $320-million verdict against Disney in favor of a British licensing company.

Is Disney just too risk-willing in these types of cases, or are private individuals people egged on by the chance of winning some “big money”? It’s hard to tell. Asked why Daniels waited two years before filing her lawsuit against Disney, Daniels’ attorney says “you don’t file these cases lightly” and that such time gaps are not unusual in these types of cases.

Thus, the moral of this story might simply be: get something in writing and if anything goes wrong, take legal action as soon as possible to be on the safest side possible.

Film, In the News, Miscellaneous | Permalink