The conference is over but the scholarship lives on. This is one of a series of posts highlighting several KCON XII presenters who graciously provided me with abstracts or summaries of their presentations. 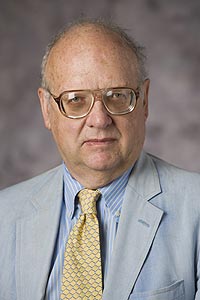 The ACA authorizes wellness programs if they are “voluntary.” The term is numerically defined, unlike legal definitions of duress and unconscionably, which may invalidate some contracts. Employers can reduce employees’ pay by 30% of the total amount of the insurance costs of the employee’s insurance and be “voluntary.” (The total cost includes both the employee and the employer’s contribution.[5] Thirty percent of the average cost of insurance is more than $5,000 per year.[6] For a low wage employee, this penalty is a high percentage of his income.[7]

The Equal Employment Opportunity Commission has issued a regulation that adopts the ADA definition of “voluntary.” [8]

Although the definition of voluntary will probably not be decided for years, wellness programs starkly pose the issue of the limits of employer power under the employment contract  Thanks to modern technology, such biometric data as activity level and pulse can be monitored 24/7.[9] A blood test now can reveal he presence of nicotine, cholesterols, glucose, and a great amount of other data such as nicotine use.[10] Should the employer be allowed to monitor employee behavior and vitals 24/7? Wellness programs can include exercise programs (for example, 5,500 steps a day), taking part in health improvement counseling (e.g., weight loss or smoking cessation), and attainment of certain goals, such as lower cholesterol and body/mass index. Should an employer be able to mandate an exercise regime? Should an employer be able to require either achievement of a change in an employee’s body with the threat of sanctions or firing if the change fails to take place?

We can engage in law professor speculation. Given that assesment to contract terms is found in the most extenuated contexts (See, e.g., Carnival Cruise). Does the ADA definition actually represent  an advance towards a meaningful definition of consent?

This leads to my final point, which is a dig at my libertarian friends and colleagues. The libertarian premise is that if government power is limited, human freedom is increased. Is there, however, a Law of Conservation of Power in a society parallel to the Law of Conservation of Energy, that the amount of energy in a closed system remains constant? Does the amount of power in a society remain constant, so that if power is diminished in one place it just goes somewhere else?

[4] Although many federal statutes regulate wellness, none deal with the problems of employee privacy or employer control over employees per se. Statutes which may apply to wellness programs in are the Affordable Care Act (ACA), The Americans With Disability Act (ADA), the Genetic Information Non-Disclosure Act (GINA), HIPPA, and Title VII. The main current legal controversies center around the ACA, the ADA and GINA.

[7] This brings the ACA into conflict with at least two other federal acts, the ADA and GINA. Both prevent health information from being disclosed to the employer. Note that the ADA is a law designed to prevent discrimination against the disabled and focuses on that problem, not the privacy aspects of wellness programs. The ADA defines “voluntary” as not being based on any sanction for non-agreement to participation in a wellness program. GINA has a similar provision, with the non-disclosure extending to spouses. So which Act controls? At present it is open question. The ACA is the later act and following the ADA or GINA would make its voluntary section meaningless. But the ACA Regulations do say that the ACA does not limit the ADA. The AARP has sued the E.E.O. C., seeking to have the regulation invalidated. See Complaint,  ww.aarp.org/content/dam/aarp/aarp_foundation/litigation/pdf-beg-02-01-2016/AARP-v-EEOC-complaint.pdf

(i) Thirty percent of the total cost of self-only coverage (including both the employee's and employer's contribution) of the group health plan in which the employee is enrolled when participation in the wellness program is limited to employees enrolled in the plan;

(iii) Thirty percent of the total cost of the lowest cost self-only coverage under a major medical group health plan where the covered entity offers more than one group health plan but participation in the wellness program is offered to employees whether or not they are enrolled in a particular plan; and

(iv) Thirty percent of the cost of self-only coverage under the second lowest cost Silver Plan for a 40-year-old non-smoker on the state or federal health care Exchange in the location that the covered entity identifies as its principal place of business if the covered entity does not offer a group health plan or group health insurance coverage.

[9] See webpage of Fitbit advertising the use of the device in wellness programs.

[10] My latest blood test showed that I drink too much water and consume too many saturated fats and sugars.