The Contracts Case that No Judge Wants to Hear

In McNair v. Superior Court (6 Cal.App.5th 1227 (Cal. App. 2016), a college football coach brought suit against National Collegiate Athletic Association (“NCAA”) for, among other issues, interference with and breach of contract. That’s hardly unusual. What is unusual is the fact that the case has so far been assigned to … eight judges in five years! 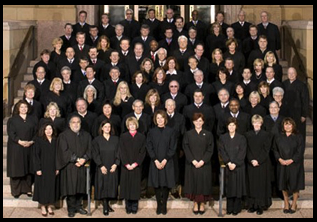 strike McNair’s complaint under the California anti-SLAPP statute. The trial court denied that motion. The NCAA appealed. The appellate court affirmed in “large part, but reversed a small portion.” The NCAA then filed a second peremptory challenge to the trial judge who had denied the anti-SLAPP motion. Without even giving McNair a chance to file an opposition but with full knowledge that an opposition was, in fact, forthcoming, the trial judge disqualified himself. McNair petitioned for a write of mandate contending that the trial court erred as a matter of law and asking the appellate court to issue a write directing the court to vacate its order accepting the postappeal peremptory challenge.

The appellate court this time pointed out that under California law, peremptory challenges to judges may only be filed following a “final judgment.” Cal. Civ. Proc. Code § 170.6(a)(2). A denial of an anti-SLAPP motion is not a final judgment, said the court. NCAA argued that McNair’s writ petition should be denied because, among other things, McNair had not suffered prejudice. However, the court found that McNair had indeed been prejudiced by the trial court’s “abrupt decision” to accept the NCAA’s peremptory challenge before he could oppose it. The court granted McNair’s petition. The case was thus sent back to … the same judge who didn’t want it. Not very reassuring to any of the parties or the general public’s faith in a fair legal system, I am sure. Neither is the fact that our system allows for so many judges in the same case in one single case. Too much and too little… this case definitely seems to be one of too much.