In times with enough serious and often depressing news, I thought I would bring you this little neat story (with profuse apologies to everyone, including my co-bloggers, for my virtual absence for a few months):

An Apollo 11 bag used to protect moon rocks samples was stolen by Max Ary, a former curator convicted in 2006 of stealing and selling space artifacts that belonged to the Cosmosphere space museum in Hutchinson, Kansas. Mr. Ary subsequently served two years in prison and was sentenced to pay more than $132,000 in restitution. Space artifacts found in his home, including the Apollo 11 bag, were forfeited to meet that debt. However, the Apollo 11 bag was incorrectly identified as Ary's and subsequently sold to Nancy Carlson for $995 in February 2015 at a Texas auction held on behalf of the U.S. Marshals Service. 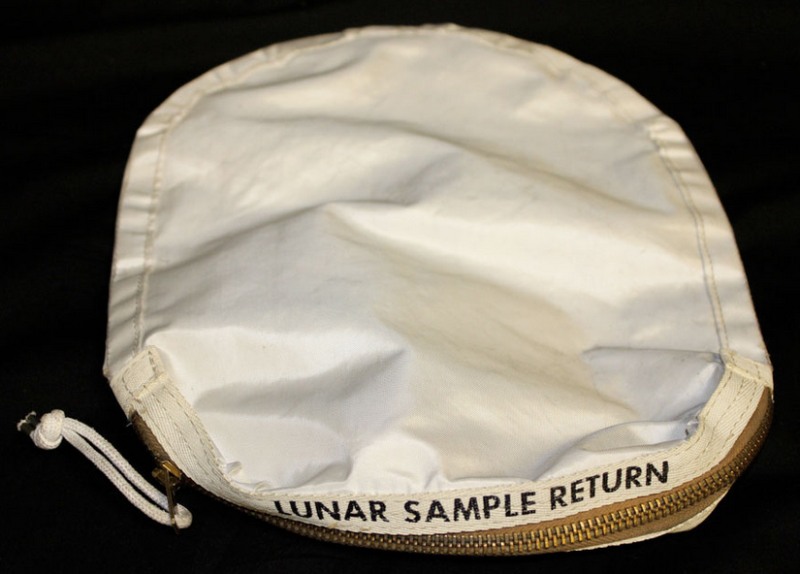 The government petitioned the court to reverse the sale and return the lunar sample bag to NASA, alleging that due to a mix up in inventory lists and item numbers, the lunar sample bag that was the subject of the April 2014 forfeiture order was mistakenly thought to be a different bag and that no one, including the United States, realized at the time of forfeiture that this bag was used on Apollo 11. The government cited cases where federal courts vacated or amended forfeiture orders, including where inadequate notice was provided to a property owner, as a justification for the bag's return to NASA.

Judge J. Thomas Marten ruled in the U.S. District Court for Kansas that Ms. Carlsen obtained the title to the historic artifact as "a good faith purchaser, in a sale conducted according to law." With her title to the bag now ordered by the Kansas court, Carlson needs to file a motion in the U.S. District Court for Texas for its return from NASA's Johnson Space Center in Houston. However, “[t]he importance and desirability of the [lunar sample] bag stems solely and directly from the efforts of the men and women of NASA, whose amazing technical achievements, skill and courage in landing astronauts on the moon and returning them safely [to Earth] have not been replicated in the almost half a century since the Apollo 11 landing," the judge wrote … Perhaps that fact, when reconsidered by the parties, will allow them to amicably resolve the dispute in a way that recognizes both of their legitimate interests," J. Marten wrote.

H/t to Professor Miriam Cherry for bringing this story to my attention.