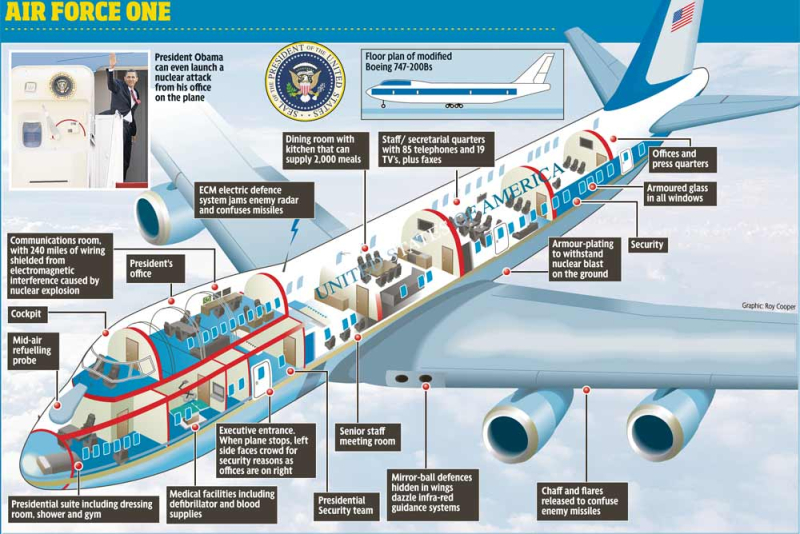 This raises several contractual issues that could be used as an interesting issue-spotting practice for our students. At first blush, it seems like an impossible attempt at a breach of contract that would, conversely, at least give very reasonable grounds for insecurity if not constitute an anticipatory repudiation outright.

Needless to say, Trump’s remark that “[w]e want Boeing to make a lot of money, but not that much money” finds no support in contract law. One contractual party has no control over how much money the other party should make. One would have thought that Trump – as a staunch “market forces” supporter – would have understood and embraced that idea, but that either was not the case or he is flip-flopping in that respect as well.

Digging deeper into the story, however, it turns out that “not even [Boeing] can estimate the cost of the program at this time, since the Pentagon has not even decided all the bells and whistles it wants on the new Air Force One." Further, “without knowing all the security features, it is hard to estimate the cost … and the Air Force isn't even sure whether it wants two or three of the planes.” Does a contract even exist at this point, then, when the essential terms have apparently not been mutually agreed upon, or is there simply an unenforceable agreement to agree? A valid argument cold be made for the latter, I think.

Mr. Trump has been accused of overestimating the cost of the planes. Does he, however, have a point? “So far[,] the Air Force has budgeted $2.9 billion through 2021 for two new Air Force Ones.” It is not inconceivable that the price tag may, in these circumstances, run higher than that. That circularity goes back to the essential terms – the price in this case – arguably not having been decided on yet.

There might, of course, be other issues in this that I have not seen in my admittedly hasty review of the story, but it is interesting how the media jumps at a legally related story without thoroughly or even superficially attempting to get the law right.