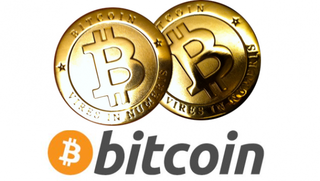 Bitcoin and other alternative currencies have been of particular interest in the contracts scholarly community for many reasons, including the potential elimination of intermediaries in electronic financial transactions and also the possibility of self-enforcing "smart contracts." In both cases, the major touted feature of the blockchain technology underlying bitcoin is that it allows for transactions to be "trustless." Catherine (Cassie) Christopher (Texas Tech) suggests in a new article, however, that the purported lack of need for trust is overblown and that intermediaries still have an important role to play.

Bitcoin has long been touted as a currency and a payment system that relies on cryptography and mathematics rather than trust. But is Bitcoin really trustless? And if so, would that be a good thing? This article under-takes a critical deconstruction of Bitcoin and the blockchain, their themes of democracy and transparency, and the idea that they are trustless. The article then proposes a new conceptualization of the role of trust in business and contracting: the bridging model, which allows for a more nuanced understanding of the interplay between enforcement and trust in contract formation. The bridging model is applied first to traditional banking, to illustrate and analyze the enforcement mechanisms underpinning the U.S. dollar as currency and the banking system as a whole, and to demonstrate that the enforcement mechanisms (government backing and regulation) are not as robust as generally believed. The bridging model is then applied to Bitcoin, to show not only that the system requires more trust than is generally understood, but also that both currency and payment systems benefit from the involvement of trusted intermediaries in response to problems and crises.

"The Bridging Model: Exploring the Roles of Trust and Enforcement in Banking, Bitcoin, and the Blockchain" is published in the Nevada Law Review at 17 Nev. L. Rev. 1 (2016), and is available for SSRN download here.