In an 8/27 article, the New York Times (paid access only) reports how Payless Car Rental, owned by Avis Budget, basically forces at least some of its customers to buy personal liability insurance whether or not they want it. Here’s how the story reports it done – well worth repeating on this website to show the blatant disregard for contract law displayed by Payless Car Rental:

A client states repeatedly to the car rental company that he or she does not want insurance. When returning the car after the rental period is over, guess what shows up on the receipt: of course, the declined insurance – in one case $222. When the renter complains, the car rental agency representative snatches the contract that had been initialed by the renter, who apparently thought he or she indicate that they did not want the insurance. Instead, although orally and repeatedly stating that, the initials indicated that he or she did want the insurance (fine print probably not read by renter at airport counter). 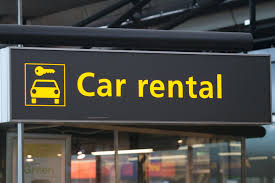 After not getting the reimbursement requested, he or she disputed the charge with credit card provider American Express. The amount was refunded, the renter thought… until Payless sent a letter titled “Debit notice” which indicated that the amount would now be sent to collection by a company located on, I kid you not, “32960 Collection Center Drive, Chicago, Ill.” The problem with that is that no such address exists! Try in Google Maps. At least I and the New York Times reporter could not bring it up.

Payless also told the renter that if he or she did not react, his/her “rental privileges” would be suspended(!). Not sure why they would think that their renter would ever want to rent from that company again…

A Payless PR representative did not, when contacted about this incident, offer any explanation or apologies. She simply stated that the issue had been resolved and that “we will reinforce with our associates … the importance of ensuring that our customers clearly understand which services and options they are selecting.” It seems like they should also train their associates to accept the contractual choices then made by the customers.