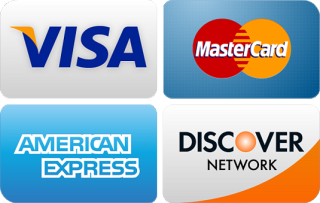 Yesterday, the United States Supreme Court granted certiorari in the case of Expressions Hair Design v. Schneiderman, which could result in a significant change in the way end users perceive credit card use. The issuing banks and card networks would, for obvious reasons, prefer a system in which the costs of card usage are borne by merchants and are hidden from the card-using customers who then perceive card use as free. Since that preference has found its way into the law of several states, it has raised a First Amendment issue.

Tony Mauro of law.com summarizes the case as follows:

In the Expressions case, the court will be asked to decide the constitutionality of laws in 10 states that allow merchants to charge customers more for credit-card transactions—but require them to call the difference a cash “discount,” not a credit-card “surcharge.” California, Connecticut, Florida, Massachusetts, New York and Texas are among the states with similar statutes on the books.

The credit-card industry has lobbied for such laws since the 1980s, critics say, because using the word “surcharge” would discourage shoppers from using credit cards.

“A ‘surcharge’ and a ‘discount’ are just two ways of framing the same price information—like calling a glass half full instead of half empty,” Deepak Gupta of Gupta Wessler wrote in his petition challenging New York’s law. “But consumers react very differently to the two labels, perceiving a surcharge as a penalty for using a credit card.”

Expressions Hair Design posted a sign that said it would charge three percent more for paying by credit “due to the high swipe fees charged by the credit-card industry.” It and other merchants challenged the law as a violation of their First Amendment speech rights. The U.S. Court of Appeals for the Second Circuit rejected the claim, finding that the law regulates “merely prices,” not speech.

A coalition of large merchants including Albertsons, Rite Aid and Spirit Airlines sided with the petitioners in urging the court to take the case.