Allow me to highlight my most recent article on the questionable ecosystem viability and contractual common law validity of so-called “trophy hunting” contracts. With these contracts, wealthy individuals in or from, often, the Global North contract for assistance in hunting rare animals for “sport.” Often, these hunts takes place in the Global South where targeted species include giraffes, rhinos, lions, and other vulnerable if not outright threatened or endangered species. 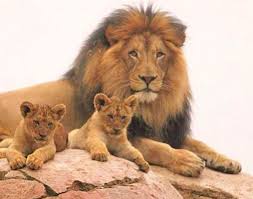 A famous example of this is Minnesota dentist Walter Palmer killing “Cecil the Lion” in 2015 causing widespread outcry in this country and around the world. Trophy hunting also takes place in the USA and Canada, where targeted animals include polar bears, grizzly bears, and big horn sheep.

Trophy hunting should be seen on the background of an unprecedented rate of species extinction caused by several factors. Some affected species are already gone; others are about to follow. Western black rhinoceroses, for example, are already considered to have become extinct in 2011.   The rest of the African rhinoceros population may follow suit within the next twenty years if not sufficiently protected. In the meantime, more than 1.2 million “trophies” of over 1,200 different kinds of animals were imported into the United States just between 2004 and 2015. In addition to the extinction problem, the practice may also have ecosystem impacts because, among many other factors, the trophies often stem from or consist of alpha animals. 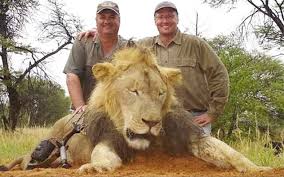 Of course, no one is arguing that rare species should be driven to extinction, in fact, quite the opposite: both trophy hunters and those opposing the practice agree that such species should be conserved for the future. However, the question lies in how to do so. Some argue that trophy hunting creates not only highly needed revenue for some nations, but also brings more attention to the species conservation issue.

I argue that at least until there is much greater certainty than what is currently the case that the practice truly does help the species in the long run (and we don’t have much time for “the long run”!), legal steps must be taken against the trophy hunting. Even when positive law such as hunting laws and/or the Endangered Species Act (“ESA”) do not address the issue (yet), common law courts may declare contracts that have proved to be “deleterious effect upon society as a whole,” “unsavory,” “undesirable,” “nefarious,” or “at war with the interests of society” unenforceable for reasons of public policy. 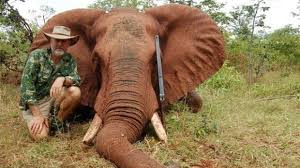 In the case of Cecil, African lions had been proposed for listing under the ESA when the animal was killed, but the listing did not take effect until a few months later. The case, others like it, and several studies demonstrate that a sufficient and sufficiently broad segment of the population have come to find the killing of very rare animals so reprehensible that common law courts can declare them unenforceable should litigation on the issue arise. This has been the case with many other contracts over time. The same has come to be the case with trophy hunting. As long as doubt exists as to the actual desirability of the practice from society’s point of view – not that of a select wealthy individuals – the precautionary principle of law calls for nations to err on the side of caution. The United States prescribes to this principle as well.

The article also analyzes how different values such as intrinsic and existence values should be taken into account in attempts to monetize the “value” of the practice. Instead of the here-and-now cash that may contribute to local economies (much revenue is also lost to corruption in some nations), other practices such as photo safaris are found by several studies to contribute more, especially in the long term. (Note that Walter Palmer paid a measly USD 50,000 for his contract with the landowner and local hunting guide).

Finally, the article draws in arguments under the public trust doctrine and the state ownership of wildlife doctrine. Ethically, these animals belong to all of us (or none of us). 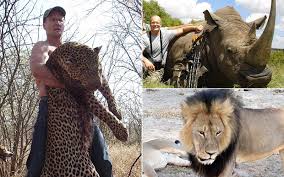 Trying to save rare animals by shooting them simply flies in the face of common sense. It also very arguably violates notions of national and international law.