Does “Similar Quality” Reflect a $17,100 Reduction in Car Resale Value?

Plaintiff William Baldwin’s almost new Toyota Tundra pickup truck was badly damaged when, while parked, the cars of two other men slammed into it. This decreased the car’s future resale value by more than $17,100. Mr. Baldwin filed suit against his insurance company, AAA, among others. He wanted either the pre-accident value of the car or a sum which would allow him to repair the pickup truck to its original pre-accident condition. He contended that the truck did not match such condition with respect to safety, reliability, mechanics, cosmetics, and performance. 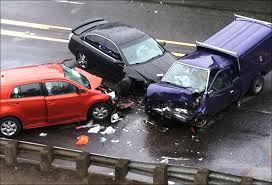 The interpretation of an insurance contract is, in California, a matter of law. This insurance policy provided that AAA “may pay the loss in money or repair.” Further, under the Limits of Liability, that AAA’s coverage responsibility for car damage would “not exceed the lesser of those two options,” namely paying “the actual cash value of the damaged property or the amount necessary to repair the property … with similar kind and quality.” (My emphasis).

The court found that the insurance policy “ambiguously gave the insurer the right to elect to repair the insured’s vehicle to a “similar condition if repair costs would be less than the actual cash value of the vehicle.”

In other words, the court supported AAA’s reading that a car with a realistic loss in value of $17,000 was in a “similar condition” to its almost-new value. You can see why this lawsuit came about. On the other hand, the car was repaired and was fully functional. Should insurance companies then additionally have to pay out a sum that would correspond to an arguably hypothetical resale value (the owner may never sell the car at the relevant moment in time)? Arguably, that would drive up insurance prices too much. Note too that this case is from California where cars are almost members of one’s family…