Ticket Scalping Machines – An Intersection between Contracts and Criminal Law

Have you ever tried buying concert tickets right when they were made available for sale on the Internet, only to find out mere minutes later that they were all sold out? Or, for that matter, highly coveted camping reservations in national or some state parks?

Where once, we all competed against the speed of each other’s fingertips and internet connections, nowadays, “ticket bots” quickly snatch up tickets and reservations making it virtually impossible for human beings to compete online. Ticket bots are, you guessed it, automatic computer programs that buy tickets at lighting speed. They can even read “Captcha boxes;” those little squiggly letters that you have to retype to prove that you are not a computer. Yah, that didn’t work too well for very long.

“A single ticket bot scooped up 520 seats to a Beyonce concert in Brooklyn in three minutes. Another snagged up to more than 1,000 U2 tickets to one show in a single minute, soon after the Irish band announced its 2015 world tour.”

Ticket bots scoop up tickets for scalpers who then resell them on other websites, marking the tickets up many times the original price. (I’m actually not saying that state and national parks are cheated that way, maybe camping reservations in those locations are just incredibly popular as hotel prices have increased and incomes are staggering. I personally used to be able to, with t 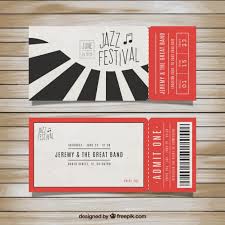 he help of a husband and several computers, make campground reservations for national holidays, but those days are long gone…”we are now full.”).

Ticket bots are already illegal in more than a dozen states. New York is considering cracking down on this system as well. However, the most severe penalty under New York law is currently fines in the order of a few thousand dollars where ticket scalpers make millions of dollars. A new law proposes jail time for offenders. This is thought to better deter this type of white-collar crime in the ticket contract market.