Have you ever been frustrated with seeming endless and practically unreadable scroll-down window that accompany many internet contracts? Or maybe you don't even think about them enough to be frustrated. The dozens of pages of scroll text typically end with a checkbox stating, "I have read and understood the foregoing agreement." All but the most unusually focused among users will check the box without having read the verbose digital boilerplate, and both sides surely recognize the untruth of the "read and understood" certification. 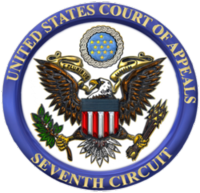 A court has recently refused to enforce an arbitration provision because it was buried at the bottom of the lengthy scroll able window. And the decision came from not just any court, but from the United States Court of Appeals for the Seventh Circuit--known for present purposes as the founder of the ProCD and Hill v. Gateway 2000 line of shrinkwrap arbitration-clause cases.

Sgouros purchased a “credit score” package from TransUnion, and he later brought suit, alleging that TransUnion had provided him with a number that was erroneously high and thus useless to him in his negotiations with a car dealer. TransUnion filed a motion to compel arbitration, which the district court denied.

The crux of the dispute concerned the webpage for “Step 2” in Sgouros’s purchase, which asked him for an account username and password and for his credit-card information. See slip op. at 4. Below these fields were two bubbles to answer whether a user’s home address was the same as the user’s billing address (“yes” or “no”), and below that was a scrollable window in which only the first two-and-a-half lines of a “Service Agreement” were visible. Had he read to page 8 of the 10-page agreement, Sgouros would have found the arbitration clause. Below the scrollable window was a hyperlink to a printable version of the agreement and a bold-faced paragraph memorializing an “authorization” to obtain credit information. Rounding out the bottom of the page was a button labeled “I Accept & Continue to Step 3.”

Judge Wood's opinion itself begins, for those of us who admire persuasive storytelling, with an excellent example of framing the story around the ultimate result:

Hoping to learn about his creditworthiness, Gary Sgouros purchased a "credit score" package from the defendant, TransUnion. Armed with the number TransUnion gave him, he went to a car dealership and tried to use it to negotiate a favorable loan. It turned out, however, that the score he had bought was useless: it was 100 points higher than the score pulled by the dealership.Believing that he had been duped into paying money for a worthless number, Sgouros filed this lawsuit against TransUnion. In it, he asserts that the defendant violated various state and federal consumer protection laws. Rather than responding on the merits, however, TransUnion countered with a motion to compel arbitration. It asserted that the website through which Sgouros purchased his product included (if one searched long enough) an agreement to arbitrate all disputes relating to the deal. 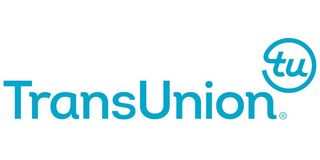 In what will surely be a much-used and much-cited analysis of the scroll-box layout, the Seventh Circuit described the assent-oriented defects of the Transunion website. As Pearson summarizes it:

All in all, an interesting turn of events from an important court on issues of clickwrap terms and arbitration.

Interesting. One of the few cases out there to push back against the ubiquitous arbitration provision.

Indeed, and I'm still surprised that it came out of the Seventh Circuit, of all places.