Can We Just Get J.K. Rowling to Arbitrate Everything? 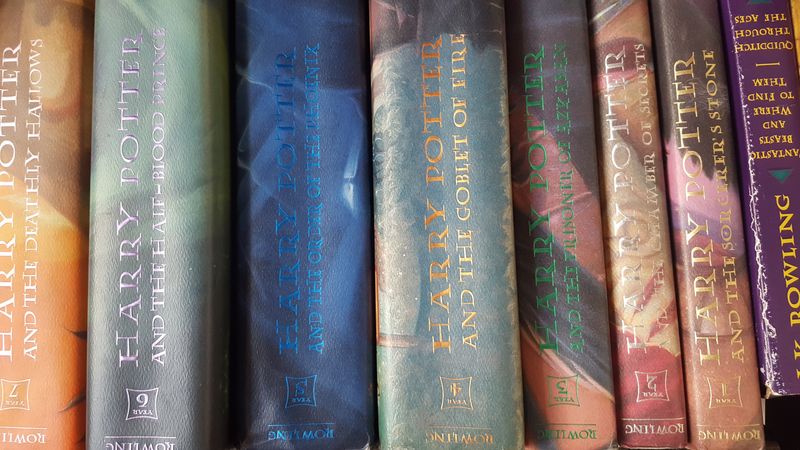 As reported around the Internet, a student and her high school science teacher entered into a contract concerning whether Rowling would write another Harry Potter book. The contract called for the loser to declare the victor "Mighty" (a much more charming form of consideration than payment of a sum of money).

The article (from last month) reports that there were two possible Harry Potter pieces of creativity to be contended with. One is the prequel movie Fantastic Beasts and Where to Find Them. Rowling wrote the original textbook (which already existed at the time the contract was entered into and so isn't part of the dispute) and also wrote the screenplay for the movie, which could have been in dispute. However, the article points out that Rowling wrote the screenplay to the movie, and the contract concerns a Harry Potter "novel." Even if you wish to make an argument that screenplays should have been included in the definition of the contractual term "novel," it seems like Fantastic Beasts would fail because it does not "feature the character Harry Potter as part of the main plotline," as required by the contract. (At least, so I assume from what I know about the movie so far.)

The other piece of Harry Potter creativity being debated under the contract, and the one for which Rowling was called in to arbitrate, concerned Harry Potter and the Cursed Child, a play focusing on Harry as an adult and his relationship with his children, especially his son Albus. Cursed Child raised issues: It was a play but it is being billed as "the eighth story," the script will be published in text form, and the website claims it's "based on an original story by J.K. Rowling, Jack Thorne and John Tiffany." It does seem as if, considering this is a "play," even its published script would not be considered a "novel" under the contact. However, the student who was a party to the contract sought further clarification from Rowling.

Using the convenient method of Twitter, the student explained her contract to Rowling and asked for a decision on whether Cursed Child would fulfill the terms of the contract. Rowling responded, confirming that Cursed Child is a play and also noting that, while she had contributed to the story, Jack Thorne was the "writer" of the play.

The student was pleased that her clear contractual terms meant that she was still the victor, but also noted that the term of the contract had not yet run. Since the publication of the article and the arbitration of the Cursed Child dispute, J.K. Rowling has announced a new set of stories to be collected under the title History of Magic in North America. So far, these stories also seem not to fulfill the terms of the contract, as they seem more like "extra books" rather than "an entirely new book," and they do not seem to feature Harry Potter at all. However, Rowling seems to be dancing right around the edges of this contract's terms.