In a case that is a sad testament to today’s apparently increasing loneliness in the Western world despite much technological progress that could have alleviated some of that, but instead only seems to have made it worse, a woman created a YouTube channel bearing the rather uncharming name “bulbheadmyass.” On it, she posted 24 music videos of her band. These videos gathered almost half a million views and many favorable comments. There was no commercial component to the videos. The woman was not trying to sell video or audio versions of the band’s music. Instead, her “sole reward was the acclaim that she received from the YouTube community and the opportunity to make new friends.” (The case is Lewis v. YouTube, H041127, California Court of Appeal 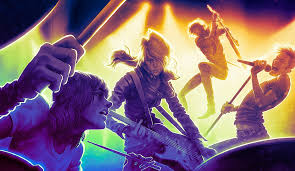 Claiming that this woman had breached the company’s Terms of Service, YouTube removed the videos from its website. The woman filed suit claiming breach of contract and seeking specific performance. She alleged that YouTube breached the contract with her when it removed her videos from the website against her will and without notice. The trial court sustained YouTube’s demurrer on the basis that the Terms of Service contained a liability limitation stating that “[i]n no event shall YouTube … be liable … for any … errors or omissions in any content.” Plaintiff had argued that the case was not one of errors or omissions in any content, but rather a deletion of content without prior notice. The appellate court, however, held that the liability limitation governed the issue and that the trial court had correctly sustained the demurrer.

YouTube did, though, agree to restore plaintiff’s video content. YouTube, of course, does not charge for featuring anyone’s videos. Rather, it makes money off the advertising it can generate because of the many hits it receives. (Its revenue is several billion dollars a year.) However, YouTube did not restore the videos to their pre-deletion status, i.e. with comments, URLs from other users who had linked to it, and view counts. (Compare this to SSRN resetting your scholarship records: you’ll lose your view count and all other tracking data should that happen). The court contrasted the case with another where the contract had set forth exactly how to grant specific performance in case of a breach (also a technology case). But in the YouTube case, said the court, “no provision in the Terms of Service can serve as the basis for the relief that [plaintiff] seeks.”

Really? Does it take all that much technological savvy by a court to simply ask YouTube to restore plaintiff’s accounts to their “as were” condition? YouTube may actually not simply have deleted the accounts altogether. If they had, they would undoubtedly have backups. Instead, various technological accounts are simply “turned off” and are thus not accessible to the general public, but they still exist. What really seems to have been at issue here was an annoying plaintiff who was unlikeable to both the court and YouTube. It seems that the court was too eager to dismiss plaintiff’s specific performance claim and chose the too-easy way out by claiming lack of technological knowledge. In 2016, it does not seem to strain the imagination too much to expect billion-dollar IT companies to have ways of doing just what plaintiff sought here. Then again: with a name such as “bulbheadmyass,” maybe it was a case of “you got what you asked for.”