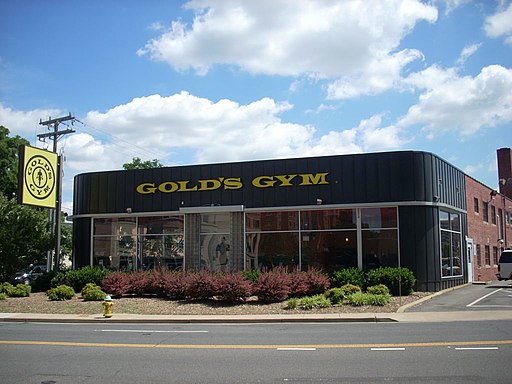 As a companion piece to the Delaware Planet Fitness case I discussed a few days ago, here's another case about negligence liability releases and gyms, this one involving a Gold's Gym in Pennsylvania: Hinkal v. Pardoe, No. 165 MDA 2014 (behind paywall).

In this case, the plaintiff was a member of Gold's Gym who used the personal trainer services offered by the gym. She was injured while working with weights under the direction of her Gold's Gym personal trainer. (Here, unlike in the Planet Fitness case, we get some details about her injury. It was a serious neck injury and required two separate surgeries, and it was alleged the injury resulted from there being too much weight on the equipment she was instructed to use and that she was told to continue using even after she complained of injury, because the personal trainer, it was alleged, didn't recognize the seriousness of the injury.) As in the Planet Fitness case, the Gold's Gym membership agreement that the plaintiff signed contained a release from liability for negligence.

The court went through an analysis of whether this release was enforceable, noting that in Pennsylvania such releases are enforceable where they do not contravene public policy, they entirely concern two private individuals and their private affairs, and both parties bargain freely and the contract is not one of adhesion. Here, the court found that this contract was between a private individual and an entity concerning the individual's private affairs, and it was not against public policy because it did not concern any matter of public interest, which the court defined as "employer-employee relationship, public service, public utilities, common carrier, and hospitals." In addition, the court found that the plaintiff was not required to enter into a membership with Gold's Gym, so the plaintiff could not complain that she did not have bargaining power, because her decision to sign the membership agreement was purely voluntary and she could have walked away.

Interestingly, the plaintiff didn't really seem to argue against any of those conclusions on the part of the court. What the plaintiff seemed to argue was that the release wasn't valid because she never read it and Gold's Gym never mentioned it to her or explained to her that she was exposing herself to the risk of being unable to sue based on negligence. She asserted that she signed the contract without reading it (as, let's face it, we almost all do) and without any in-depth discussion of it with Gold's Gym and that therefore the clause couldn't be enforced against her. The court, however, was unsympathetic. It pointed out that she had a duty to read the contract before she signed it and that her signature not only indicated that she knew she should have read it but also appeared directly after a line directing her to make sure she read both sides of the agreement. The release was written in ambiguous and straightforward language and she would have understood it had she read it, according to the court.

There was, however, a dissent in this case, and while that dissent wasn't on the plaintiff's side with regard to not reading the contract, it did believe that allowing a release of liability for negligence in this situation was against public policy. As far as the dissent was concerned, gyms "implicate health and safety concerns," and so should therefore be a matter of public concern in the same way hospitals are. In fact, there was precedent that Pennsylvania had refused to allow a waiver of negligence liability in a case involving health treatments at a spa under the reasoning that it involved health and safety, and the dissent thought this case should fall under the same umbrella. Because Gold's Gym purported to provide for the physical health of its members, the dissent thought the public had an interest in ensuring that the services offered by Gold's Gym were qualified and held to a duty of care. The dissent also pointed out that other states would reach this same public policy conclusion, pointing specifically to New York as a state that would have held this release invalid, which we just saw in the trampoline park case.

So there you have it: Another gym case, and another opinion supporting the release of liability for negligence, but this one with a dissent raising the question that such releases might be against public policy.