Is a Dollar Movie in This Day and Age Still Feasible? 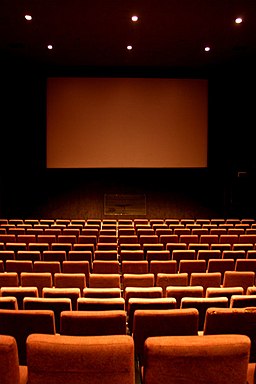 The average price for a movie ticket in the United States is apparently $8.61. A recent case out of Ohio, Capital City Community Urban Development v. Columbus City, Case No. 13CVH-01-833 (behind a paywall), dealt with the question of whether a dollar movie is still feasible when most movies cost more than $8.00.

The contractual provision at issue was: "The Buyer agrees to provide Saturday movies for children once the theater is operational, and for as long as feasible. The cost is to be $1.00 or less for a double feature." (So, in fact, it was fifty cents a movie.) The clause actually wasn't that old (from what I could discern from the facts, it seems to have only been written in 2002), so it wasn't as if the dollar price was intended to be profitable, which both parties acknowledged. However, the issue was that the defendant had sought donations to offset the cost of the features and been unsuccessful. That meant that the theater would suffer a loss of $100,000 a year to fulfill the contractual provision, which would have been a substantial hardship to the theater. Moreover, the double feature wasn't very popular in the community. In a theater with a capacity of 400, it usually only attracted a few dozen patrons.

The parties fought over whether the definition of feasibility included a consideration of the economics of the issue. There was some precedent that feasibility required looking at the finances of the situation. Also, compellingly in the court's view, feasibility had to take into account the finances or else it had no meaning. The argument that "feasible" meant "capable of being done" without looking to the finances meant that it would be "feasible" basically as long as the theater was open, i.e., as long as the theater had a projection. That would mean that it would be "feasible" until the theater closed down entirely. If that was the meaning of the word "feasible," there was really no reason to have that specification in the contract: it would have just been a clause in effect until the theater closed.

This all makes sense to me, especially considering that there didn't seem to be much public interest in having the double feature continue. However, what's really striking to me about this opinion is the statement that "Columbus never showed a Saturday children's movie." So apparently Columbus's argument was really that it was never feasible to have the double feature. This meant Columbus agreed to a provision in the contract that it apparently never intended to comply with? That's not a wrinkle that gets introduced in this case--in fact, the line that no double feature had ever been shown is basically a throwaway line--but I found it to be the most striking detail.