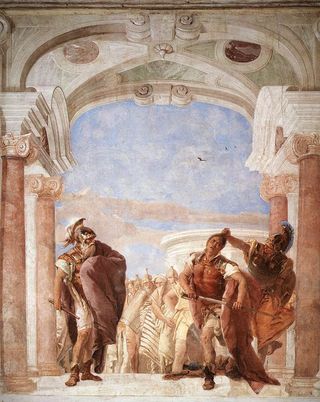 A lot of people are angry at the legal academy.  They are angry about falling bar passage rates and limited career opportunities.  They are angry that law schools do not do enough to prepare them for the bar or for practice and that tuition is too high given what traditional legal education can accomplish.  The anger, to the extent that it comes from law graduates who worked hard and still cannot find satisfying work as attorneys, is understandable.  Directing that anger at law professors is also understandable but in most cases unjustified.

We did not create the market conditions.  We, for the most part, are not even the architects of the policies that determine admissions standards or tuition.  We are very limited in the extent to which we can innovate because we are subject to ABA educational guidelines that increasingly (and often unhelpfully) micro-manage our operations.  Almost every innovation that would improve legal education would also make legal education more expensive.

I want to outline two arguments in this post.  First, legal academics and administrators at unranked law schools are people of good will who are trying to continue to serve people who ardently aspire to become attorneys.  Second, the legal profession is also full of people of good will, but collectively the legal profession is behaving as professions always do in times of economic contraction: they are raising barriers to entry so as to protect their incomes and their self-created monopoly in the provision of specialized services.

What is going on at unranked law schools is pretty simple.  For decades, such law schools accepted students who, for the most part, could not have gotten in to more highly-ranked law schools.  For decades, the overwhelming majority of such students went on to pass the bar and enter the legal profession.  As Michael Simkovic and Frank McIntyre have shown, those students are financially better off for having done so, and without the lower-ranked schools, they never would have had the careers they now have.  Unranked law schools started dipping deeper into the applicant pool when that pool shrunk considerably in size, believing that they had the ability to identify students who could succeed in law school and in the legal profession and that they could address the needs of the academically underprepared with beefed-up academic success programs and curricula more geared towards bar preparation.

Evidence is mounting that law schools were overly sanguine about their ability to help students in the bottom quartile of the national LSAT pool.  But evidence is also beginning to suggest that the pool has bottomed out and begun to grow again.  That should mean that unranked law schools that are competing for students may have a larger pool of students to compete over, and so long as schools learn their lesson and keep growth and costs down, that should mean that they can begin to increase their admissions standards back towards where they were a decade ago.  In five years, the crisis may well have passed and the law schools over which the sword of Damocles currently hangs will be crowing about gaudy bar passage and employment rates.

This result is far preferable to shutting down existing law schools.  Right now, we have overcapacity, but it law schools disappear, they are unlikely to reappear.  And if, as seems likely, the law schools that close are the unranked law schools, the losses will hit underserved communities the hardest.  I will have more to say about who those communities are and why keeping them out of the legal profession is a big problem in the next post in this series.

The ABA is the guardian of our profession.  What do professions and professional organizations do?  Following Magali Sarfatti Larson, we can conceive of the legal profession as a group of trained experts attempting to establish a monopoly over a market in services.  The key to control over a market for professionals becomes control over the production of producers. By limiting the supply of credentialed practitioners, professionals assure themselves a favorable bargaining position in the market for their knowledge and services. (Magali Sarfatti Larson, The Rise of the Professions: A Sociological Analysis 29-30 (1977)). As Larson points out, professions do not so much meet existing needs as shape or channel the needs of consumers  (id. at 58).  In order for a profession to succeed, it needs to convince the members of society as a whole that its services are necessary and that only people with a certain kind of expertise and credentialing are qualified to provide such services.

And so, when the going gets tough, barriers to entry rise.  Recent trends of (often steeply) lower bar passage rates and the steady drumbeat calling for greater scrutiny of law schools viewed as underperforming are consistent with how Larson's model predicts professional organizations will respond to economic pressures.  But it also threatens to add a new and ugly chapter to the history of the ABA.

Many have written about the racist bias underlying the establishment of the ABA (e.g., Daria Roithmyer, Deconstructing the Distinction between Bias and Merit, 85 Cal. L. Rev. 1449, 1476 (1997)).   I do not think there is any such intentional bias at work today, but the organizations so eager to mete out death sentences to law schools that serve underrepresented minorities and the academically underprivileged need to think about what the legal profession will look like in 2025 if their wishes all come true.

About this Blog, Commentary, Teaching | Permalink