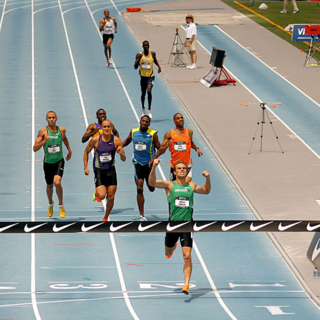 I often begin my course by telling students that contracts facilitate mutually beneficial transactions.  So, if they want to be the kind of attorneys who make the world a better place, transactional work is the place to be.  But sometimes one-sided contracts drawn up in a context of vastly unequal bargaining power can prevent mutually beneficial transactions from taking place.  This seems to be occurring in the case of Nick Symmonds, a six-time U.S. outdoor champion at 800 meters who won a silver medal at the 2013 World Championships.  According to this story in the New York Times, Symmonds has been left off the U.S. team for the 2015 Worlds taking place later this month because he refused to sign a contract.

Symmonds refused to sign a vaguely-worded document that seemed to require that athletes wear Nike gear exclusively, even in their free time.  Nike, according to the Times, has committed to sponsoring U.S. Track & Field to the tune of $20 million per year through 2040.  But that contract might interfere with Symmonds' contractual obligations with his own sponsor, the running-shoe company, Brooks.  According to the Times, athletes were instructed to pack only Nike-branded or non-branded apparel for the World Championships.  Symmonds points out that Brooks is paying for him to wear its brand at important events.  If he is prohibited from doing so, why would Brooks continue to sponsor him.  Symmonds is all for the Stars and Stripes, but he also has to worry about dollars and cents.  He estimates that 75% of his income comes through sponsorships.

Symmonds does not object to wearing Nike apparel at official events.  He objects to the vague language that seems to preclude him from supporting his sponsor when he is not at official events.  Some are saying that Symmonds is taking this position because he has no chance to medal at the Worlds anyway, so he has nothing to lose.  The photo above shows him winning the US championships in 2010.  He won again in 2015.  If that guy has no chance, what does it say about the rest of the team?