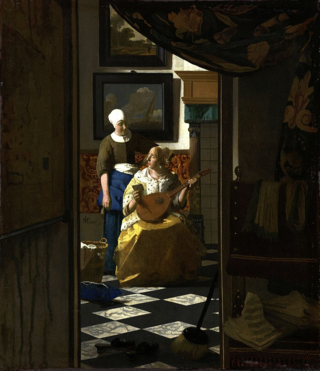 was never a business person.  I grew up hoping to some day live in a commune.  That dream collapsed when I experienced the idiocy of rural life, so I did the next least practical thing and got a Ph.D. in German history.  But now I teach contracts and business associations.  My brother is still living the dream (sort of), residing on a kibbutz in the Arava.  But the kibbutz has a factory that makes sealable plastic bags, and my brother actually works for an engineering company located on a neighboring kibbutz.  In short, there is no escape from commercial enterprise.

In some ways, Alex Blumberg's project is the perfect fit for someone like me, who teaches and studies commercial transactions from the convenient distance of the academy.  Blumberg comes from public radio, where he co-hosted Planet Money and was a producer for This American Life.  He decided to go over to the dark side and created his own media company, which eventually became Gimlet Media, a producer and distributor of high-quality podcasts.  I am not yet hooked on its other projects, but I am extremely taken with StartUp, and I recommend it to people who teach business courses, including business and media law.

In StartUp, Blumberg and his team wrestle publicly with every private thing associated with setting up a new company.  The show provides a unique, well-edited but still very intimate, behind-the-scenes view of new companies.  The first season focused on Blumberg's own company, Gimlet Media, including hilarious episodes devoted to naming the company.  Blumberg had settled on the name "Orelo," but when he told his wife that he had selected that name because it means "ear" in Esperanto, she burst out laughing, and when she finally caught her breath, she gasped out "That's so . . . dumb. . . . So dumb!"  He was also considering American Podcasting Corporation.  He explained to one of his unimpressed investors that the name would be a throwback to older media companies like ABC.  The disenchanted investor said something like, "No, no, I get it."  My real question that I wish the podcast had addressed is why did you form a corporation rather than an LLC?  That would have been a great episode for my business associations course!!

StartUp's second season covered a very different type of company, Dating Ring, an online dating service that was supposed to have, as its special gimmick, a team of matchmakers who actually set you up with people you will likely connect with.  I don't know if this was Blumberg's design, but I really loved the contrast between Season 1, which covered a company that I wanted to succeed and that did succeed, and Season 2, which covered I company that I wanted to fail, and pretty much did fail.  I hated Dating Ring from the moment its founders announced that they wanted to be the Uber of dating.  As followers of this blog know, Uber has its own problems, but the analogy highlighted the tension at the heart of Dating Ring's model -- they want to help you find true love, but they want to do it in a seamless, mechanized way.  They also considered advertising on porn sites, because nothing says "I want to bring you home to my mother" like "I met her through a website that was linked to on my favorite porn site."  Season 2 provides great insights into some of the many reasons why a company can fail, despite having smart, dedicated people with talent and energy and an idea that some investors think promising.

But the second season was also invaluable for its reporting on fundraising, on the mindset of people who want to become entrepreneurs and the crazy rollercoaster ride that most new companies experience.  At one point, Dating Ring's founders go to a consultant who is really like a couple's therapist for start-up founders.  From a distance it seemed a bit ridiculous, but one could also easily imagine how in such an intimate relationship the idea "I don't have a large enough equity stake" could translate into "I don't think you really love me and value me the way you ought to do."