In yet another government outsourcing scheme gone wrong, KOLO TV news is reporting that Nevada is alleging breach of contract against the companies it hired to administer Common Core testing in the state's schools.  Apparently, when thousands of students attempted to log on so that they could take their exams, they received an error message and could not proceed.  Educators across the state are aggrieved, but students across the state are generally fine with it. 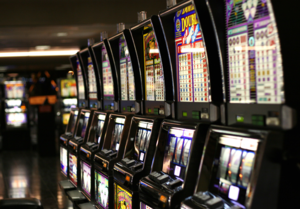 Nonprofit Quarterly reports that three students, three parents and three alumnae are alleging breach of contract and seeking an injunction to keep open Sweet Briar College in Lynchburg, VA.  They allege that they had entered into express and implied agreements with the College that they would not only have the benefit of a four-year degree from the College but would also enjoy the benefits of being alumnae or of having children who were alumnae.

According to the Des Moines Register, in 2011, an 87-year-old grandmother was playing the slots, when the screen told her that she had a "bonus award" of $41797550.16.  Last week, Iowa's Supreme Court ruled unanimously that she had won $1.85.  They rejected claims of breach of an implied contract and found that the "bonus award" was just the product of a computer glitch.

Listed below are links to weblogs that reference Weekly News Roundup: