A group of retirees had worked for the Pleasant Point Polyester Plant.  They retired before Petitioner M&G Polymers (M&G) acquired the plant in 2000.  At the time of that acquisition, M&G entered into a collective bargaining agreement and a pension agreement with a union that represented retirees.  Those agreements created a right to lifetime, contribution-free health care benefits for the retirees, their surviving spouses, and their dependents.  However, in 2006, M&G  announced that it would begin requiring retirees to contribute to the cost of their health care benefits.   Retirees objected that their rights had already vested and could not be withdrawn. 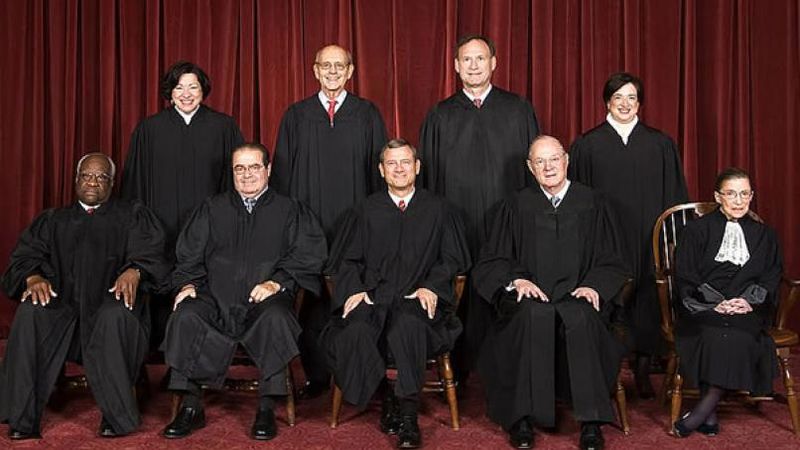 Retirees sued, but M&G claimed that the benefits expired with the termination of the earlier agreements.   The Sixth Circuit, relying on a 1983 precedent sided with the retirees, reasoning that retiree health benefits would not likely be subject to future negotiations.  Earlier precedent in similar cases had found that, even if the agreements at issue are ambiguous, the parties likely intended for them to apply in perpetuity for workers whose rights had vested and who, as retirees, would no longer be able to engage in collective bargaining.  In M&G Polymers USA, LLC v. Tackett, Justice Thomas, writing for the unanimous Court, reversed, finding the Sixth Circuit opinion inconsistent with ordinary principles of contracts law.

In this and prior cases, the Court held, the Sixth Circuit had departed from contracts principles by placing a thumb on the scales in favor of retiree benefits.    The Sixth Circuit's "assessment of likely behavior in collective bargaining is too speculative and too far removed from the context of any particular contract to be useful in discerning the parties’ intention," the Court found.  In addition, the Sixth Circuit approach misapplies the presumption against illusory promises.  The Sixth Circuit  found that agreements such as the one at issue would be illusory if benefits could be withdrawn from some potential beneficiaries.  The Court pointed out that a contract cannot be partly illusory.  If it provides benefits some poetntial beneficiaries, that suffices to render the contract non-illusory.   Moreover, the Sixth Circuit ignoreed both the traditional contracts presumption that contractual rights usually terminate with the underlying agreement and the presumption against contracts rights that vest for life.  The Court remanded the case with instructions that the lower courts should apply ordinary contracts principles

Justices Ginsburg, Breyer, Sotomayor and Kagan concurred.  They agreed that ordinary contracts principles should govern the interpretation of the agreements at issue.  However, they rejected M&G's contention that the retirees need to show "clear and express" language that their rights had vested.  The concurring Justices pointed to provisions that might support the retirees' claims and joined the opinion of the Court in urging the lower courts to review the agreements in light of ordinary contracts principles and without a thumb on the scales in favor of a finding of vested rights.