This case arises out of a fact pattern with which many contracts profs may already be familiar.  It's a new twist on Leonard v. PepsiCo., alas with the same result.

James Cheney Mason (Mason) represented defendant Nelson Serrano in a capital murder trial.  Mason gave an interview on NBC news in which he pointed out that his client could not have committed murders in Bartow, Florida on the same day that he was on a business trip in Atlanta Georgia.  Surveillance cameras from the La Quinta Inn in Atlanta established Serrano's presence at the hotel both before and after the murders.  The prosecution claimed that Serrano flew to Orlando, drove to Bartow, committed the murders, drove to Tampa, and flew back to Atlanta in time to show up on the surveillance tapes once again.  Serrano was convicted and sentenced to death. 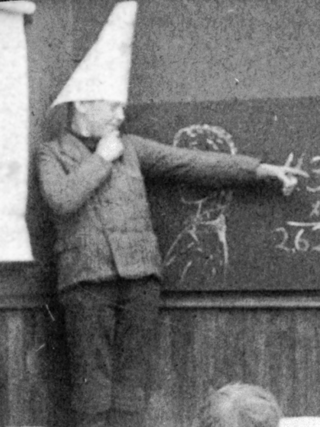 Law student Dustin Kolodziej (Kolodziej) watched Mason's interview with NBC after it was edited for broadcast.  In the edited version that Kolodziej saw, Mason seemed to be offering a million dollars to anyone who could get off a plane in Atlanta and make it back to the La Quinta Inn in 28 minutes.  Kolodziej took this as a challenge and as a unilateral offer that he could accept by making the trip in 28 minutes or less.  Kolodziej recorded himself making the trip and sent the recording to Mason with a demand for payment.  Mason refused.

In Kolodziej v. Mason, the Eleventh Circuit upheld the grant of summary judgment to Mason.  In the unedited version of Mason's interview, it is clear that his challenge was directed at the prosecution and not erga omnes.  Moreover, the Eleventh Circuit found, no reasonable person could construe any statement that Mason made in either the edited or the unedited version of the interview as a serious offer to pay a million dollars to anybody who could travel from the airport to the hotel in 28 minutes.  According to the Court, the context in which the words were uttered (an attempt to poke holes in the prosecution's theory) and the hyperbolic nature of the alleged offer, with its familiar overtones of schoolyard braggadocio, were insufficient to establish Mason's willingness to enter into a contract.

The Court distinguished this case from the classics, Lucy v. Zehmer and Carbolic Smoke Ball and other, equally entertaining cases.  The Court was no more inclined to entertain Kolodziej's claim than it would be to declare Mason a monkey's uncle, if he had chosen that turn of phrase when attempting to illustrate the implausibility of the prosecution's timeline.

The Court suggested that the entire suit was a result of Kolodziej's inadequate understanding of contracts doctrine (hence the duncecap image above, which by the way, does not represent Kolodziej).  The Court paraphrased Pope and suggested that a little legal knowledge is a very dangerous thing indeed.  As the Court explained,

Kolodziej may have learned in his contracts class that acceptance by performance results in an immediate, binding contract and that notice may not be necessary, but he apparently did not consider the absolute necessity of first having a specific, definite offer and the basic requirement of mutual assent.

This seems more than a bit unfair.  Kolodziej was wrong, but he may have thought it worth the gamble.  He lost his case, but he had quite an experience.  In any case, Judge Cardozo's remark in Allegheny College about how half-truths are sometimes mistaken for the whole truth seems more apposite.

A classic form of statement identifies consideration with detriment to the promisee sustained by virtue of the promise. Hamer v. Sidway, 124 N. Y. 538, 27 N. E. 256, . . . . So compendious a formula is little more than a half truth. There is need of many a supplementary gloss before the outline can be so filled in as to depict the classic doctrine.

Mistakes of law such as Kolodziej's are common, and learned judges (and even law professors) as well as law students can make them.

Listed below are links to weblogs that reference Eleventh Circuit Rejects Claim for a Million Dollar Unilateral Contract: