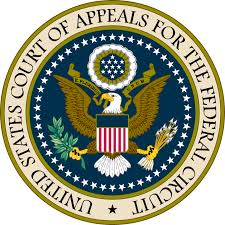 Ilya Shapiro at the Cato Institute posted last week about Century Exploration v. United States, decided by the Federal Circuit on March 14, 2014.  Century Exploration (Century) acquired a lease for an oil field in the Gulf of Mexico.  It paid $23 million up front, plus $50,000 per year of the lease.  Century sought to protect itself against possible changes in applicable laws governing such leases through a contractual provision that no changes in law, other than reulgations created pursuant to the Outer Continental Shelf Lands Act (OCSLA), would affect Century's rights under the lease.

In the wake of the Deepwater Horizon fire, Congress passed the Oil Pollution Act (OPA), which required oil exploration companies to develop worst case scenarios and certify that they have reserves adequate to address such worst cases.  Using a methodology required by the Interior Department, Century would have to have $1.8 billion on hand to deal with such a worst case.  When Century could not prove that it had such funds, the government sought to cancel the lease.  Century brought suit, relying on the contractual provision that protected it against regulatory changes, such as those promulgated pursuant to the OPA.  Ilya Shapiro questions whether the directives from the Interior Department even qualify as government regulations, as they were sent via e-mail by "a civil servant in the Interior Department."  The government filed for summary judgment, and both the Court of Federal Claims and the Federal Circuit sided with the government.

The Federal Circuit acknowledged that this case involves a lease provision nearly identical to that at issue in Mobil Oil Exploration & Producing Southeast, Inc. v. United States, 530 U.S. 604 (2000).   However, in this case, the Federal Circuit found that the new regulations were actually promulgated pursuant to the OCSLA rather than the OPA.  As such, they were within the carve-out to the contractual provision protecting Century against regulatory changes.  In short, the Federal Circuit found this case distinguishable from Mobil Oil because of the nature of the regulations at issue.

To see in detail why the Cato Institute disgrees with that holding, you can have a look at its amicus brief.  Ilya Shapiro provides the following summary:

First, it is vital to the smooth operation of the government and the health of the economy that private entities are confident that the government will honor its contractual promises. Federal spending on contracts has totaled roughly $500 billion annually since 2008—or 15% of the federal budget. If businesses and individuals have no reason to believe that the government will live up to its business obligations, they’ll have no reason to work with it. The Federal Circuit’s decision, which condoned the government’s flagrant breach of its contract with Century, sets a bad example and must be reversed.

Second, and quite simply, words have meaning—in the Constitution, in statutes, and yes, in contracts. A “regulation” is a formal rule adopted and issued by an authorized agency, in accordance with strict procedural protocols. It’s not a casual email. Giving informal government policy documents created by civil servants the full weight of the law is unconstitutional, undemocratic, and unsustainable.