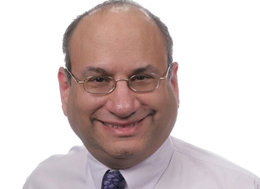 Jeff Sovern  (pictured), with whom readers may be familiar from our recent virtual symposium, has a new paper on SSRN, co-authored with three of his St. John's colleagues, Elayne E. Greenberg, Paul F. Kirgis, and Yuxiang Liu.

The paper is titled "'Whimsy Little Contracts' with Unexpected Consequences: An Empirical Analysis of Consumer Understanding of Arbitration Agreements." Here’s the abstract, though there’s obviously a lot more in the paper itself:

Arbitration clauses have become ubiquitous in consumer contracts. These arbitration clauses require consumers to waive the constitutional right to a civil jury, access to court, and, increasingly, the procedural remedy of class representation. Because those rights cannot be divested without consent, the validity of arbitration agreements rests on the premise of consent. Consumers who do not want to arbitrate or waive their class rights can simply decline to purchase the products or services covered by an arbitration agreement. But the premise of consent is undermined if consumers do not understand the effect on their procedural rights of clicking a box or accepting a product.

This article reports on an empirical study exploring the extent to which consumers are aware of and understand the effect of arbitration clauses in consumer contracts. We conducted an online survey of 668 consumers, approximately reflecting the population of adult Americans with respect to race/ethnicity, level of education, amount of family income, and age. Respondents were shown a typical credit card contract with an arbitration clause containing a class action waiver and printed in bold and with portions in italics and ALLCAPS. Respondents were then asked questions about the sample contract as well as about a hypothetical contract containing what was described as a “properly-worded” arbitration clause. Finally, respondents were asked about their own experiences with actual consumer contracts.

The survey results suggest a profound lack of understanding about the existence and effect of arbitration agreements among consumers. While 43% of the respondents recognized that the sample contract included an arbitration clause, 61% of those believed that consumers would, nevertheless, have a right to have a court decide a dispute too large for a small claims court. Less than 9% realized both that the contract had an arbitration clause and that it would prevent consumers from proceeding in court. With respect to the class waiver, four times as many respondents thought the contract did not block them from participating in a class action as realized that it did, even though the class action waiver was printed twice in bold in the sample contract, including one time in italics and ALLCAPS. Overall, of the more than 5,000 answers we recorded to questions offering right and wrong answers, only a quarter were correct.

These and other findings reported in this Article should cause concern among judges and policy-makers considering mandatory pre-dispute consumer arbitration agreements. Our results suggest that many citizens assume that they have a right to judicial process that they cannot lose as a result of their acquiescence in a form consumer contract. They believe that this right to judicial process will outweigh what one respondent referred to as a “whimsy little contract.” Our results suggest further that citizens are giving up these rights unknowingly, either because they do not realize they have entered into an arbitration agreement or because they do not understand the legal consequences of doing so. Given the degree of misunderstanding the results demonstrate, we question whether meaningful consent is possible in the consumer arbitration context.

Listed below are links to weblogs that reference New Scholarship on Consumer Misconceptions Regarding Arbitration Clauses: