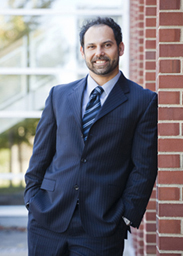 This is the first in a four-part post by Robin Kar that serves as a sort of coda to our virtual symposium on the new book by Omri Ben-Shahar and Carl E. Schneider, More Than You Wanted to Know: The Failure of Mandated Disclosure.

When an egg hatches, new life emerges. But it often takes its first steps into the world with some remnants of its newly discarded shell.

I believe that significant new life may be emerging in the study of contract law, but that too much of an old shell remains. Rather than hide the ball, let me just say that the proverbial “egg” is the classical law and economics movement. And More Than What You Wanted to Know takes us part—though only part—of the way toward that emerging new life.

Jeremy Telman has been kind enough to let me post a late addendum to this symposium so that I can explain these perceptions. I want to use this review to prompt more scholars in the field—including Ben-Shahar and Schneider—to acknowledge what we need to do as a field to get further toward the right destination in the study of contract law.

As other contributors have noted, More Than You Wanted to Know is a full-throated attack on mandatory disclosure regimes. These regimes have been widely used and accepted in many contexts for some time now. It is therefore interesting to note that almost all of the commentators here have voiced some agreement with the basic thrust of the book—even while arguing that its thesis is overly general. We are witnessing the tail end of a shift from what once seemed to be common knowledge (i.e., about the usefulness and sufficiency of mandatory disclosure to cure a host problems in consumer contracting contexts) to a very different shared understanding.

But how has this shift occurred? As someone interested in the sociology of the legal academy and how different interdisciplinary methods can combine to produce (or distort) knowledge, I want to delve further into this question. I also want to ask whether we have gone far enough, in our collective studies of contract law, in the right direction. (I should probably apologize in advance to Carl Schneider that I will focus more on contract than informed medical consent in these posts, given the nature of this blog.)

If the “egg” is the classical law and economics movement, then that is where we should start.

Interdisciplinary studies of law can obviously produce enormous insight. When methods from cognate fields are applied to the law without sufficient reflection on the validity or applicability of their guiding premises, they can, however, also produce significant distortion. In this particular case, I believe that faulty premises associated with the classical law and economics movement are part of the cause of overblown intuitions concerning the use and value of mandatory disclosure regimes.

To analyze the source of this distortion more concretely, I ask you to consider an approach to studying contract law that might seem fanciful at first. This approach combines three basic elements:

On its face, an approach like this would appear to be a recipe for disaster. It studies contract law and makes numerous recommendations for legal reform, but it employs a methodology that is unmoored in the specific classes of evidence and types of argumentation that are most relevant to its professed subject matter.

But as anyone reading this blog will know, this description is far from fanciful. To make it describe something real, one need only clarify that the psychology referenced in premise 1 is homo economicus—or the classical, “rational actor” model. Then these three premises provide a pretty good description of the heart of the classical law and economics approach to studying contract law.

These three premises can also seem to lend support to the value and sufficiency of mandatory disclosure regimes to cure a host of problems with consumer contracting. Mandatory disclosure regimes purport to produce the precise information needed for rational consumers to make better choices for themselves. If people are rational actors (see premise 1), then economic modeling (as described in premise 2) can thus be used to show that these regimes should simultaneously produce overall gains for consumers who contract, overall gains in social welfare and a more efficient allocation of resources. These regimes should also work relatively automatically, or “as by an invisible hand”, in the following sense: they should produce these results without the need for any centralized state planner to know in advance which exchanges are better for specific parties. There is, moreover, nothing else to value (as per premise 3). Hence, there is nothing else that legitimately speaks to the appropriate contours of consumer protection law.

There is no doubt about it: mandatory disclosure regimes work incredibly well in (classical economic) theory. The question is whether they work in reality.  In the posts that follow, I will explore that question.  I will suggest that More Than You Wanted to Know takes us further toward the truth—but cannot, as it stands, take us all the way there.

Listed below are links to weblogs that reference Guest Post: Robin Kar, The Emerging New Life of Contract Law Studies, Part I: