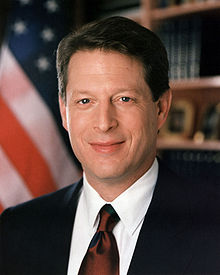 According to this report on the Guardian Liberty Voice, Al Jazeera may be withholding the final payment in an attempt to negotiate a discount on the sale price.  According to the report, Al Jazeera has not garnered as many viewers as it hoped -- an anemic average of 17,000 during prime time, as compared with 1.7 million for Fox News and nearly 500,000 for CNN.

But with new crises erupting daily in the Middle East, things are looking up for all three.

Listed below are links to weblogs that reference Al Gore Sues Al Jazeera: