Will Blockchains End the Need for Specific Performance? [File this in: The Future]

An article by Andrew Hinkes at Inside Counsel begins:

Imagine a world where specific performance of contracts is no longer a cause of action because the contracts themselves automatically execute the agreement of the parties. Or where escrow agents are replaced by rule- and software-driven technology. Imagine instantaneous recording of property records, easements and deeds. Imagine a world where an auto owner who is late on his payment will be locked out of his car. While these scenarios may seem to come from a futuristic fantasy world, innovations offered by the Bitcoin 2.0 generation of technology may create a world where these seeming marvels are an every-day occurrence, and technology renders some contract causes of action obsolete.

How could that be?  Hinkes explains:

Bitcoin and other virtual currencies are powered by blockchain technology, which maintains and verifies all transactions in that virtual currency through a massive, publically available ledger. The transparency created by the blockchain eliminates the need for trusted third parties, like credit card processors or banks, to take part in these transactions. Because anyone can see the transactions, virtual currency cannot be transferred to more than one party, or “double spent,” which is a key feature that preserves the integrity of the blockchain system. This same blockchain technology can be purposed to facilitate, verify and enforce the terms of agreements automatically without the need for human interaction using what are termed “smart contracts.”

The blockchain, of course, cannot physically enforce a contract, or actually compel a person or entity to do anything. Instead, the blockchain can be used to enforce certain pre-determined rules that can move an asset from person to person by agreement. Ownership of goods could be associated with a specialized coin, which can be transferred between parties along with payment in a virtual currency system, or in a specialized implementation of blockchain technology.

Hinkes provides an example of how the technology can ensure performance:

Examining a simple real estate transaction can demonstrate how smart contracts could drastically alter the way business is conducted. Presently, Party A and Party B would enter into a contract that requires Party A to pay $200,000.00 to Party B in exchange for Party B agreeing to convey title to Party B’s condominium unit to Party A upon receipt of payment. If Party A pays the money, but Party B later refuses to convey title, Party A is required to hire an attorney to seek specific performance of that contract, or to obtain damages. The determination of the outcome will be made by a third party- a judge, jury, or arbitrator.

Using a smart contract, however, avoids the potential for one party to perform while the other refuses or fails to perform. Using a smart contract, Party A and Party B can agree to the same transaction, but structure it differently. In this scenario, Party A will agree to pay $200,000.00 worth of virtual currency to Party B, and Party B will agree to transmit the title to the condominium in a specialized type of coin on the blockchain. When Party A transfers the virtual currency to Party B, this action serves as the triggering event for Party B, which then automatically sends the specialized coin which signifies the title to the condominium at issue to Party A. The transfer is then complete, and Party A’s ownership of the condominium is verifiable through a publically available record on the blockchain. 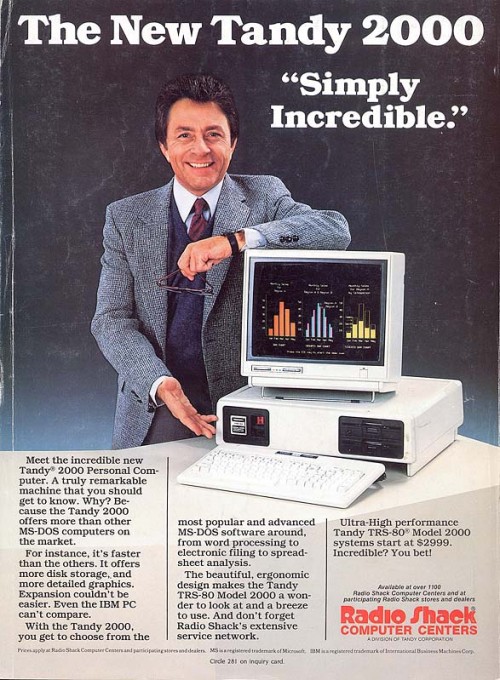 Well worth a read in its entirety.  Technology is posed to change contract performance in some pretty significant ways, ways that make what we've been doing for years look like a Tandy 2000.

Commentary, E-commerce, In the News | Permalink

Listed below are links to weblogs that reference Will Blockchains End the Need for Specific Performance? [File this in: The Future]: