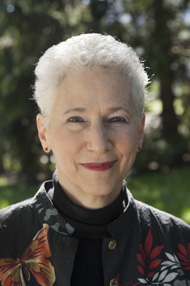 This is a edited version of a longer post from the Legally Speaking Ohio blog, written by Marianna Brown Bettman (pictured), a law professor at the University of Cincinnati College of Law, where she teaches torts, legal ethics, and a seminar on the Supreme Court of Ohio.  She is also a former Ohio state court of appeals judge.

A.E.M was the general contractor on the construction of a swimming pool at a Holiday Inn. A.E.M. entered into a subcontract with Transtar to perform electrical work on the project. Transtar fully performed the work under the contract, and was paid $142,620. A.E.M. did not pay Transtar the remaining balance of $44,088 because A.E.M. contended the owner failed to pay it for Transtar’s work.

The issue in the case is which kind of contract provision was this one? Short answer: pay-if-paid.

Application of the Rule to the Contract in this Case

The Court held that Section 4 of the contract between A.E.M. and Transfer is a pay-if-paid provision, and clearly and unequivocally shows that the parties intended to transfer the risk of the owner’s nonpayment from A.E.M. to Transtar.

The court of appeals is reversed and the judgment of the trial court granting summary judgment to A.E.M. is reinstated.

Justice O’Neill, joined by Justice Pfeifer in dissent, would find the language in this particular contract inadequate as a matter of law to transfer the risk of nonpayment by the owner from A.E.M. to Transtar.  He would find the ambiguities in the wording create genuine issues of material fact that make summary judgment inappropriate.

Listed below are links to weblogs that reference Supreme Court of Ohio Rules in Condition Precedent Case: