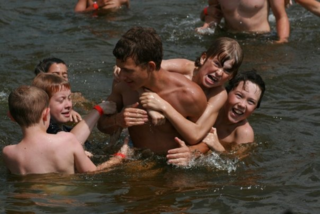 Counselor Training, Part I: How to Be Drowned by the Campers

Today's New York Times reports on the extension of non-compete agreements to categories of employment not previously subject to them.  This isn't really news, but it is nice to see the Times giving serious space  to the issue, which I view as just another one-sided boilerplate term that employers are imposing on their employees.  The difference here is that courts don't enforce non-competes if they overreach.  However, the reality is that courts rarely get the opportunity to review non-competes, either because employees don't have the resources to fight them or because, as illustrated in the Times article, competitors are sometimes reluctant to risk a suit and so they do not hire people subject to non-competes, even if those non-competes might be unreasonable.

The over-the-top example with which the Times starts its story is about a woman whose job offer as a summer camp counselor was withdrawn because of a non-compete.  She had worked three previous summers at a Linx-operated summer camp, and her terms of employment there included a non-compete of which she was (of course) unaware.  Here is what Linx's founder had to say in defense of the non-compete:

“Our intellectual property is the training and fostering of our counselors, which makes for our unique environment,” he said. “It’s much like a tech firm with designers who developed chips: You don’t want those people walking out the door. It’s the same for us.” He called the restriction — no competing camps within 10 miles — very reasonable. 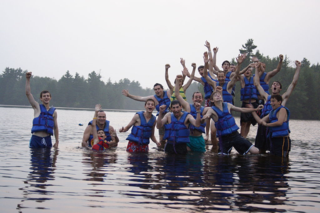 Second, I just put my daughter on a bus for summer camp.  I was a counselor at a summer camp for two years.  Most camps now belong to a trade organization that sets down strict rules about safety and counselor training.  It is unlikely that what Linx does is unique, and again, to the extent that it is unique, it is not transferable.

Third, a ten mile non-compete would be reasonable except that it is ten miles from any Linx camp, and Linx operates 30 camps in the area.  So seen, the rule means that counselors who work at Linx camps cannot then work at any other camp in the region.  There is no justification for this.  If Linx has intellectual property to protect, it can do so, but Linx's founder's comparison of his camps to a tech firm strikes me as farfetched.  I doubt that Linx has any intellectual property relating to its training of counselors.  It is not as if a 19-year-old camp counselor comes to her new camp and impresses the people there with her knowledge from her past counseling experience.  Each camp has its own traditions.  If she says it is better to discard the leeches one pulls off the campers after a lake swim, they are not going to listen to her if the camp tradition is to move the leeches to the infirmary so that they can be "repurposed."  What Linx is trying to do with this non-compete likely has less to do with protecting intellectual property than it does to establishing a stranglehold on the market of qualified camp counselors.

The Times story contrasts the employment situation in California, which does not enforce non-competes with that of Massachusetts, which does.  But freedom of contract nad free enterprise still seem to have the upper hand in Massachusetts, as the following quote form the Times illustrates:

Michael Rodrigues, a Democratic state senator from Fall River, Mass., said the government should not be interfering in contractual matters like noncompetes. “It should be up to the individual employer and the individual potential employee among themselves,” he said. “They’re both adults.”

This is the typical nonsense underlying the enforcement of boilerplate.  The camp counselor in the story was 19 years old, which means she was actually an infant when she signed the non-compete.   But even if she could match the sophistication of the business that hired her, how does Mr. Rodrigues expect the negotiation to take place?  In his mind it would go something like this:

Employee: Okay, let me read it over and strike out all the terms that I don't like.

Business: Sure, take as long as you like and then we can negotiate over each term to which you object.

And here's the reality:

Employee: Okay, let me read it over and strike out all the terms that I don't like.

Business: Well, actually, this is a form contract, and it's take it or leave it.  Even if you wanted to object, I don't have any authority to change any of the terms.  Either you sign this or you don't work here.

But even that is an exaggeration of the amount of consideration that goes in to the signing of employment contracts.  They are not read at all and they are not expected to be read at all.  And not reading them is the rational thing to do as potential employees have no bargaining power that they could  deploy to challenge objectionable terms.

Listed below are links to weblogs that reference The Latest in One-Sided Boilerplate Terms:

Thank you for this thoughtful analysis of the situation that my daughter -- the camp counselor in this story -- was involved with.

I'd like to share two links that will help highlight a bit more of the details. First, is my testimony to a joint committee in Massachusetts that held a hearing on this issue. Second, is the actual "agreement" that my was signed "on line" including the non compete language. I hope that this helps clarify this and feel free to use this in any way that helps your research.