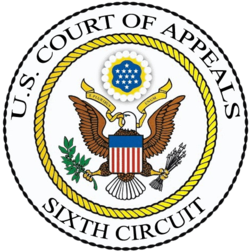 The Sixth Circuit held that an employee does not have to arbitrate a claim that was already pending in court when he entered into an arbitration agreement with his employer.  The facts of the case, Russell v. Citigroup, Inc.,  are as follows:

Keith Russell was employed at a Citicorp call center from 2004 to 2009.  In 2012, he brought a class action lawsuit against the bank, alleging that he and other employees were not paid for time spent logging in and out of the Citicorp computer system.  While there was an arbitration agreement in place covering this first period of employment, it did not reach class action claims, and so Russell was permitted to proceed in court.

Then, rather bizarrely, Russell applied to be rehired at the same call center and, more bizarrely still, Citicorp rehired him.  He began work again in 2013.  He signed a new arbitration agreement that does cover class claims.  Citicorp thus sought to compel arbitration in the suit, which had by then proceeded to discovery.

Listed below are links to weblogs that reference No Retroactive Application to Arbitration Agreement Says Sixth Circuit: