Is Installation of a "Smart Home System" a Sale of Goods? 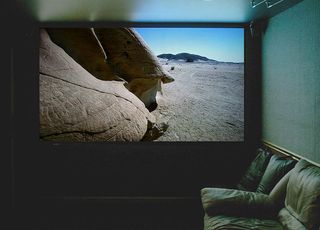 A couple of weeks ago, we noted Jennifer Martin's summary of developments in Sales law published in The Businss Lawyer.  Today's is the first in a series of posts commenting on the caselaw featured in that article.

Stephen Tanzer (Tanzer) hired Audio Visual Artsitry (AVA) to install electronic and entertainment equipment in Tanzer's home.  We're not talking about an 8-track player and a Walkman.  The contract called for nearly $80,000 of work, including about $56,000 worth of equipment and just under $10,000 in labor and programming costs.  AVA's work was completed during construction of Tanzer's 15,000 square foot, $3.5 million home.  Three years, one flood, one lightning strike, and innumerable changes and disputes after the parties entered into their agreement, Tanzer fired AVA.  AVA delivered its invoice for about $120,000, of which just over $43,000 was outstanding.  Tanzer disputed the amount and AVA sued for breach of contract.

The trial court found in AVA's favor awarded damages of about $35,000.  Tanzer appealed, and the main issue of interst to us in Audio Visual Artistry v. Tanzer was his claim that the UCC should not apply to the transaction.  In determining whether Article 2 of the UCC applies to a mixed contract involving both goods and services, Tennessee applies the predominant purpose test.  In applying the test, Tennessee courts look to four factors:

Rejecting Tanzer's appeal and affirming the trial court, Tennesse's Court of Appeals found that all four factors weighed in favor of treating the transaction as a sale of goods covered by the UCC's Article 2.  In short, this is an easy case under the predominant purpose test. But what if the court had applied the gravamen test?  Then it might have to work out the nature of the problems with the contract.  Was this a case of faulty goods or faulty installation?

UPDATE: A reader has helpfully reminded me that I set out in a previous post my reasons for preferring the gravamen test.

Listed below are links to weblogs that reference Is Installation of a "Smart Home System" a Sale of Goods?: