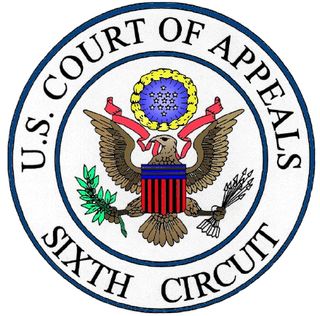 Crockett's basic claims is that, although his firm was to be charged a monthly fee for unlimited use of certain Lexis databases, and an additional fee for the use of other databases, Lexis charged him for the use of databases that were not identified as extras.  He seeks to bring claims for fraud, negligent misrepresentation, breach of contract, negligence, gross negligence, unjust enrichment, and violation of New York's consumer protection laws on behalf of classes consisting of law firms using Lexis services and their clients.  On behalf of the two classes, Crockett sought damages in excess of $500 million.

Lexis responded to the claim with a suit in federal District Court seeking a declaration that the arbitration agreement did not allow for class arbitration.  The District Court granted the declaratory judgment sought.  Crockett objected that the issue of whether or not classwide arbitration was available should have been put to the arbiter.  As the Sixth Circuit explained, that issue turns on whether it is a "gateway" or a "subsidiary" question.  There is a presumption in favor of courts answering gateway questions, while subsidiary questions should presumptively be reserved to the arbiter.

Alas, the Supreme Court has yet to decisively address whether classwide arbitrability is a gateway or subsidiary question.  While a plurality of the Justices found the issue to be susbidiary in Green Tree Fin. Corp. v. Bazzle, 539 U.S. 444, 452 (2003), the Court more recently acknowledged that it had not yet determined whether or not classwide arbitrability is a gateway question.  Oxford Health Plans LLC v. Sutter, 133 S. Ct. 2064, 2068 n.2 (2013).  But in other recent cases, Stolt-Nielsen and Concepcion, the Supreme Court has characterized the difference between bilateral and class arbitration as "fundamental" and thus has indicated fairly strongly that the issue is a gateway question.

To which I say, where is the contra proferentem canon when a consumer needs it?  The agreement is silent on the issue and thus unquestionably ambiguous.  The consequences are equally momentous on both sides, since the Sixth Circuit acknowledges that Crockett's claims are not worth bringing as an individual arbitration.  It also characterizes the contract as one of adhesion.  So it was entirely within Lexis's powers to avoid the ambiguity and completely beyond Crockett's power to remedy it.  In such cases, courts should invoke contra proferentem and interpret the agreement in favor of the non-drafting party.

Crockett also argued that the arbitration clause is unconscionable, and the Sixth Circuit seemed to agree that, substantively, it's a lousy agreement.  However, elements of procedural unconscionability are lacking, and Crockett had the option of using Westlaw (which apparently has no arbitration clause -- for now).  This is likely a correct application of the law but it also illuminates a central tension in unconscionability doctrine.  In order to show that substantive unconscionability exists, one has to show that the terms are outrageously lopsided in favor of the drafting party "by the business standards and mores of the time and place."  But if one can make such a showing, then one loses on the procedural unconscionability prong because one then could have chosen to go with a competing business.  And if all of the businesses in the market have equally one-sided terms, then one cannot meet the standard for substantive unconscionability.