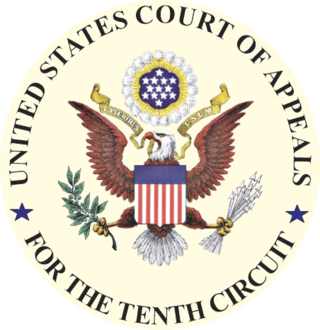 In Pettigrew v. State of Oklahoma, the Tenth Circuit addressed the issue of whether "a settlement agreement between Thomas Trent Pettigrew (Pettigrew) and the Oklahoma Department of Public Safety (DPS) waived the state’s 'Eleventh Amendment' right not to be sued in federal court."    The Court found that it did, for reasons to be explaned below, but first we note the scare quotes around "Eleventh Amendment" in the quotaiton from the Court.

We can only assume that the scare quotes denote the Court's awareness that the Eleventh Amendment protects states only against suits commenced of prosecuted in federal courts by "Citizens of another State" or by Citizens or Subjects of any Foreign State."  Pettigrew, presumably, is neither.  Still, courts have held that state sovereign immunity also protects states from suits by their own citizens.  The scare quoates may indicate that, in the Court's view, that outcome is a product of a customary rule of state sovereignty and does not derive directly from the Eleventh Amendment itself.  But if that were so, one would think that Congress could, pursuant to its Article I powers, override state sovereign immunity with respect to federal suits brought by a state's own citizens.  Post Seminole Tribe, it cannot do so.  So, if we read the scare quotes correctly, and we may not, what we have here is a very understated (and irrelevant to the case at hand) protest against incoherent Eleventh Amendment jurisprudence, to which we say, Amen.  OVERRULE HANS!

Now back to the matter at hand.  Pettigrew believed that he was improperly passed over for a promotion at DPS in 2009.  He filed administrative grievances, and in October of that year, he was placed on administrative leave on suspicion of unauthorized leaks to the media in an unrelated claim against DPS.  He filed suit in 2010 alleging that DPS had retaliated against him in violation of Title VII of the 1964 Civil Rights Act and had negligently trained and retained employees.  The parties settled in December 2010.  They entered into a settlement agreement that provided that any litigation relating to the settlement agreement "will be brought in the appropriate Oklahoma court having jurisdiction, either state or federal . . . "

By 2012, the partis were back in court.  Pettigrew alleges that DPS has retaliated against him in various ways.  He alleged new Title VII violations as well as breach of the agreement.  DPS moved to dismiss Pettigrew's breach claim, as well as his claim for declaratory judgment, as barred by sovereign immunity doctrine.  As Title VII was enacted pursuant to Congress powers under § 5 of the 14th Amendment, it is not subject to a sovereign immunity defense.  The District Court denied the motion.

The Tenth Circuit noted that, but for the sovereign immunity defense, a court could exercsie supplementary jurisdiction over the claims subject to DPS's motion to dismiss.  Although the language of the settlement agreement suggests that suit could be brought in a federal court, DPS stressed that suit must be brought in an "appropriate" court, and if sovereign immunity bars a suit from being brought in federal court, then such a court is not "appropriate."  The Tenth Circuit rejected this reading of the settlement agreement on the ground that no rational drafter would have written the agreement that way if she meant to bar, on Eleventh Amendment grounds, suits in federal court to enforce the agreement.  The Tenth Circuit's reasoning largely followed that of the Supreme Court in Port Auth. Trans-Hudson Corp. v. Feeney, 495 U.S. 299 (1990).