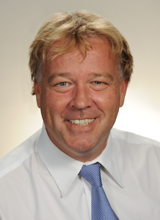 A few weeks ago, we noted the Supreme Court's decision in Nitro-Lift Technologies L.L.C. v. Howard.

Over on Concurring Opinions, Larry Cunningham has a far stronger response to the decision, noting especially that there were no dissents from the Supreme Court's per curam decision.  He calls for Congress to sort out the robes:

In numerous past SCOTUS cases, dissenting opinions were routinely filed exposing the flaws in the Court’s jurisprudence. The recent per curium opinion may signal capitulation, indicating that there are no longer any Justices prepared to object to these mistakes. That defeat means it is clearly time for Congress to rein the Court in. It should make it clear that state courts are responsible for developing and applying state contract law, not SCOTUS, federal courts or private arbitrators.

Listed below are links to weblogs that reference Larry Cunningham on Nitro-Lift: