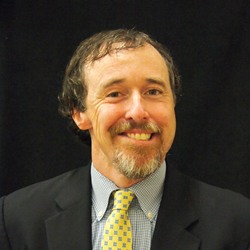 This week we have a guest blogger, Chris Osborn (pictured), a relative newcomer to the world of contracts profs, but already setting cases to Limericks.  Below is Chris's summary of Hooters of America v. Phillips, 173 F.3d 933 (4th Cir. 1999).

In Phillips, a waitress employed at a Hooters restaurant in Myrtle Beach, SC reported to her manager that she had been sexually harassed by the local franchise owner’s brother.  Ms. Phillips claimed that the manager responded that she should “let it go,” whereupon she resigned and retained counsel.  When her attorney contacted the franchisor, Hooters of America, Inc. (Hooters), and gave notice of the claim, Hooters invoked an arbitration clause in an employment agreement that the claimant had signed several years after she was hired.  Hooters then filed a declaratory judgment action in federal district court and a motion to enjoin the plaintiff from filing suit (which was treated as a motion to compel arbitration).

In opposing the motion, Ms. Phillips contended that the arbitration clause was not entered knowingly and voluntarily, was unconscionable, and was not supported by consideration.   The U.S. District Court for the District of South Carolina found the arbitration clause unenforceable, holding inter alia that since the clause was not contained in her initial employment contract, it had to be supported by some additional consideration.  The court then examined the mutual promise to arbitrate unenforceable.  In particular, the court found that the arbitration Rules & Procedures bound the employee but gave the employer alone the right to terminate the agreement to arbitrate at any time on 30 days’ notice.  Moreover, the Rules and Procedures also held the employer to significantly less onerous pleading, discovery, and trial procedures.  Accordingly, the court ruled that Hooters’ promise to arbitrate was illusory (which makes it reminiscent of another case recently reduced to a Limerick, Vassilkovska), and thus it could not serve as consideration for the employee’s promise to submit her claims to arbitration.

Here are the (three!) Limericks:

When Miss Phillips, crying conduct discriminatory
Sought redress for her boss’ tomfoolery
Her employer said, “Wait,
You made a promise to arbitrate!”
But the court ruled the whole thing illusory.

“When harassed on the job (wouldn’t ya know?)
A young Hooter’s girl could not “let it go….”
When the restaurant stalled,
The court was appalled
“Was there any consideration here?  No. “

When a harassed young waitress brought suit
Her employer did not give a hoot
It tried to stay litigation
And demand arbitration
But the court ruled the sham clause was moot.

Listed below are links to weblogs that reference Contracts Limerick of the Week: Special Guest Poet, Chris Osborn: