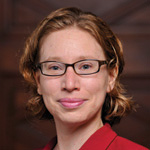 Miriam Cherry is Professor of Law at Saint Louis University School of Law.  Some of her scholarship can be found at this link on SSRN.

In my view, modern technology has exacerbated the doctrinal tensions within contract law.  Currently, clickwraps and browsewraps stretch the notion of mutual assent to its extreme, perhaps warping it in the process.

In Contracts in the Real World, Prof. Cunningham attempts to reconcile two recent cases, Specht v. Netscapeand Pro-CD v. Zeidenberg, as part of his treatment of the theme of contract formation and mutual assent.  As much as he tries, to me the cases still seem to be in conflict. 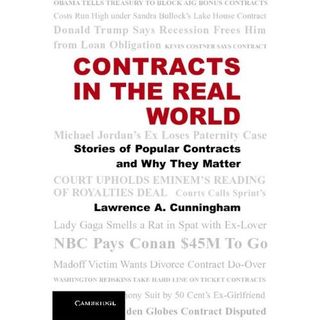 And if that weren’t enough, two well-known additional cases that dealt with late-arriving terms inside a computer box, Hill v. Gateway and Klocek v. Gateway, blatantly contradict each other, with contrary holdings on virtually identical facts.

In my mind, these contradictions reveal a mismatch in the doctrine and the reality on the ground.  If there is no way for consumers to read or understand, or perhaps even see these clickwrap agreements, it hardly seems fair to bind consumers to them.  As seen above, however, this leads to contradictory rulings.

Inconsistent holdings create the appearance of an arbitrary justice system, and these disputes, which are governed by the Uniform Commercial Code, should turn out in a uniform manner.  When they do not, it only intensifies the debate about how to deal with online contracting and adhesion contracts online.

As we all continue to click our way through countless EULAs and are told that we are subject to “terms and conditions” that no reasonable consumer has had the time to read,  I do not believe that it is enough to hope that antiquated laws will handle new situations.

Instead, I would suggest that we need to continue to build on the wisdom of contract law.  While there is much to celebrate in the received wisdom of ancient doctrines, we must also recognize that it is the common law’s dynamism and adaptability that have led to its genius.

Listed below are links to weblogs that reference Miriam Cherry on Cunningham, Post II: Modern Technology: A Disruptive Influence on Contract Doctrine?: