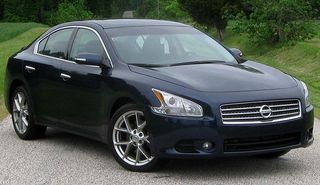 In the process of selling a car,
Woodfield took things too far.
For consideration
Of compelled arbitration,
The parties must be on a par.

The last line should not of course be taken to indicate that there must be "adequate" consideration; only that both sides must give consideration that induces a reciprocal promise.

Listed below are links to weblogs that reference Contracts Limerick of the Week: Vassilkovska v. Woodfield Nissan: