Contracts Limerick of the Week: B. Lewis Productions v. Angelou

Some people are just too impatient!

Last week, I taught B. Lewis Productions v. Angelou for the first time.  For those unfamiliar with the case, Butch Lewis, a boxing promoter, entered into an agreement to be Maya Angelou's exclusive agent for the purpose of the marketing her writings for greeting cards, calendars and other items on which one could slap a few lines of verse.  In 1997, Mr. Lewis negotiated a deal with Hallmark on Ms. Angelou's behalf.  According to the case, their deal soured in March 1997 when Ms. Angelou saw Mr. Lewis "punctuate a conversation" with a group of white men in Las Vegas by grabbing his crotch.  As the court put it, after witnessing this conduct, Ms. Angelou "burned up his [Mr. Lewis's] ears" and told him that their venture was at an end. 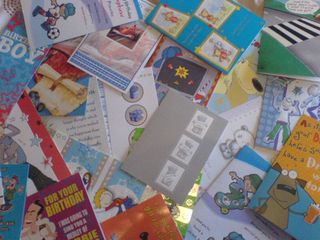 Having been my colleague and BFF for five years but now dead to me, Alan White knows a Limerickworthy case when he sees one.  So, a bit belatedly, here it is:

"Your actions were lewd and obtrusive,"
Said Maya, in language abusive.
But Butch still can sell
Her poems on "Get Well"
Cards, 'cause their deal said exclusive.

Listed below are links to weblogs that reference Contracts Limerick of the Week: B. Lewis Productions v. Angelou: