Over at Ken Adams' Koncision blog, he has a fascinating post and cri de coeur about how to present statements of fact in a contract.  I recommend this post and this blog to practitioners who are interested in writing neat, clean, clear, and above all enforceable agreements.  In this post, Ken urges contract drafters to eschew the magic words "representations" (or "represents") and "warranties" (or "warrants"). in favor of the simpler "states." 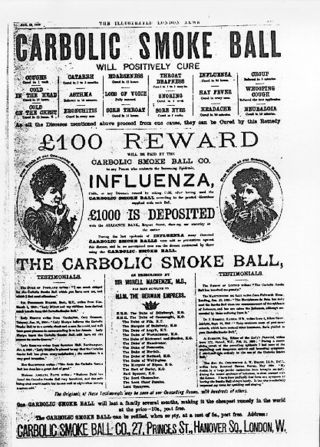 I think I agree with Ken that the phrase "represents and warrants" is reflexive boilerplate that creates confusion in most cases.  Unlike Ken though, I think the terms have clear, separate meanings and that they retain their utility when used separately and precisely.

While I have not thought the issue through with Ken's gusto, I am far more inclined to be a traditionalist on such matters.  "States" does not mean the same thing as "represents," and there are reasons to be persnickety about this.  I may state that I am the very model of the modern major general, but that is very different from representing that I am.  Having parties state things in contracts has no meaning in standard contract parlance, nor should it because one cannot rely on a mere statement unless it is accompanied by another statement, one which acknowledges that such reliance is warranted because the party stating the facts also represents that they are true.  So, my inclination is to disagree with Ken's claim that only those of us introduced to the mysteries of the law can appreciate the difference between a statement and a representation.

I likewise disagree with Ken's claim that most practitioners could not identify the difference between a warranty and a representation or that their failure to respond satisfactorily when subjected to the terrors of my Socratic questioning is relevant to the issue of whether or not there is a useful distinction between the terms as a matter of contracts law.  If the majority of practitioners said, "I don't know; I'd have to look it up," that would satisfy me, so long as people like Ken keep writing drafting manuals that explain the difference between a statement of fact and a warranty.

Ken says that courts do not really recognize the "magic words"  ("represents and warrants") as operating as many people think they do.  However, his evidence only states that you can create a warranty without invoking the words "warranty" or "guarantee."  That evidence is not enough to persuade me that a carefully drafted contract should not clearly identify its warranties as such, and it seems to me that using some form of  the word "warranty" is the best way to do so.  As far as substituting the word "[party X] states" for "[party X] represents," with respect to factual statements/representations, I see the advantages of plain language, but beyond that, I think a representation is something more than a statement and therefore that the traditional language should be preserved.

Listed below are links to weblogs that reference Representations and Warranties:

Jeremy: Thanks for giving the post some airtime! You buy into the magic-words approach, but you don't really attempt to address that (1) it's a completely counterintuitive way to write, (2) there's zero authority in the U.S. for that approach, and (3) drafters can provide for remedies more clearly by not speaking in code. This issue involves statements of fact and the remedies for inaccuracy. Why cloak statements of fact in mystery by using obscure terms of art?

And yes, I agree that it would be a good idea to make it clear what the implications are of statements of fact. I offer such a provision in my post; it's simple as can be.

I'm aware that this is a novel analysis, but it's a logical application of the approach to contract language that I've brought to bear in all my writings. Chew it over; I like to think it will come to seem less radical than it does now.

Ken, I admire your ingenuity, and it is entirely possible that your experience provides you with insights that I lack. However, from where I sit, it's hard for me to see what real world problem you are addressing.

I don't accept any of your premises.

3) Because I do not think there is anything especially jargon-laden about the words "representations" and "warranties," I do not think that their use amounts to "speaking in code." It is not that I do not appreciate that these are terms of art, but they are not "jargon" because they are used for a reason. They have a specificity that "statement" lacks. You provide an addition provision, which is certainly clear enough, but the additional language that you provide is required only because you have created an unnecessary ambiguity by using "statements" when you could have used "representations."

Of course, one of the purposes of written instruments is their channeling function -- they signal to the courts the stated intentions of the parties and enable the courts to readily diagnose the nature of the documents with which they are confronted. While I certainly agree with you that some boilerplate phrases can be unnecessarily confusing, standard boilerplate facilitates efficient identification of legal issues. Courts know what to do with representations and warranties. Your language may be better, and if so, it will win adherents, but the obstacle you will need to overcome is that the first courts confronted with the new language will not know what to make of it and will have no authority to look to for guidance.

Sure,"statement" means something different from "representations." That's the point. I want contract parties to make statements of fact, and to have the contract specify what the remedies are. And regarding the meaning of "representation" and "warranty," did you read the Bryan Garner discussion that I linked to in my post? Clear as mud. And other authorities are similarly unhelpful. That's because the entire inquiry is, from the perspective of the contract drafter, wrongheaded.

The extra sentence I add is a luxury, I don't think it's essential. And even if it were, that's negligible price to pay for getting rid of "represents and warrants," with drafters thinking, without any basis for doing so, that which word you use has direct implications for remedies.

A representation of a fact (and if it is stated expressly in a contract, materiality and justifiable reliance are almost givens) gives rise to negligent misrepresentation and fraudulent misrepresentation liability, both of which can lead to personal in addition to entity liability, and for fraudulent misrepresentation liability can also give rise to non-dischargability in bankruptcy, punitive damages, federal court jurisduction in securities cases under 10b-5, and attorneys fees and statutory damages under consumer protection statutes. But, it provides the defense of non-negligent lack of knowledge (or at least, non-reckless lack of knowledge in fraud cases) and permits discovery and evidence regarding additional knowledge of that other party that made reliance unjustified. In Colorado, these claims usually have a two years from date of discovery of the claim and who is can be lodged against statute of limitations.

A warranty is a contractual promise. If it is not true, then damages follow without regard to intent, but there are no punitive or non-economic damage remedies for that breach, and the damages are dischargable in bankruptcy. When there is a warranty, the economic loss rule may also bar the negligent misrepresentation claim (and even intentional misrepresentations concerning the performance of a contract may be barred by the economic loss rule). In Colorado, these claims usually have a three years from date of discovery of the breach statute of limitations, although if the representation is in a promissory note or deed of trust, a six year statute can apply. Misrepresentation liability will often be barred by the statute of limitations long before the warranty liability is barred.

At least in Colorado, there is a vibrant con-torts jurisprudence mostly under the rubric of the economic loss rule and statute of limitations cases regarding the differences between the two. The notion that there is no case law distinguishing the two is rubbish.

Typically, substantial warranties and representations also work in lock step with the parole evidence rule because the contract will also contain an integration clause. By including all representations that one is entitled to rely upon in the contract, one by implication tries to remove misrepresentation liability for anything else said in negotiations by framing that reliance as unjustifiable in the context of an integrated contract with express representations. The idea, in theory at least, is to limit discovery in the event of a dispute to the four corners of the contract and its attachments and to the actual facts alleged to be at odds with the representations therein. This almost never works at the discovery stage, but can be quite potent in settlement negotiations and in motion for summary judgment practice.

ohwilleke: Your mindset is that of a litigator, and the stuff you refer to in your comment relates to the mucky business of resolving contract disputes. It's irrelevant to what's involved in drafting a contract. Ken

"ohwilleke: Your mindset is that of a litigator, and the stuff you refer to in your comment relates to the mucky business of resolving contract disputes. It's irrelevant to what's involved in drafting a contract. Ken"

Huh? Isn't the whole point of drafting a contract to guide how disputes will be resolved in there is litigation? The litigation consequences of contract language is the pre-emminent consideration in contract drafting.