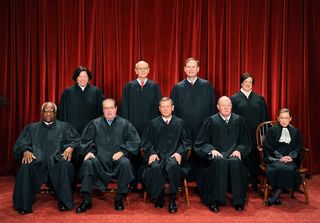 Shortly after the New Year, the Supreme Court of the United States decided Minneci v. Pollard, regarding whether a plaintiff could bring a Bivens action (that is a claim for damages arising directly under the U.S. Constitution) against employees of a privately operated federal prison.   In short, can government contractors be considered state actors for Bivens purposes?

Richard Lee Pollard filed his claim pro se in a California district court alleging that prison personnel employed by the Wackenhut Correctional Corporation, a private company operating a federal prison, deprived him of proper medical care.  Pollard asserted that the prison violated his Eighth Amendment right to freedom from cruel and unusual punishment by failing to provide adequate medical care and subjected him to humiliating treatment after he fell, sustaining possible fractures to both elbows.   The District Court dismissed Pollard’s complaint, concluding that there could be no Bivens action arising from the Eighth Amendment against a privately managed prison’s personnel.  The Ninth Circuit reversed.  We went out on a limb last June when the Court granted review and predicted that (echoing Lyle Denniston of SCOTUSblog) that the Supremes would reverse the Ninth Circuit.

In an 8 to 1 decision, the Court refused to apply Bivens on these fact, because state tort law provides an adequate alternative and thus deters prison official from engaging in tortious misconduct.  The majority relied on Wilkie v. Robbins, 551 U.S. 537 (2007)  In Wilkie, the Court developed a two-step process for determining whether to recognize a Bivens remedy: whether (1) there is an “alternative, existing process for the protection of constitutionally protected interests;” and (2) “any special factors [counsel] hesitation before authorizing a new kind of federal legislation.” Responding to Pollard’s argument that any available state tort law remedy is inadequate when compared to the federal remedy, the Court stated that state law remedies and federal remedies do not have to be congruent.

In his concurrence joined by Justice Thomas, Justice Scalia characterized Bivens as “a relic of the heady days in which [the] Court assumed common-law powers to create constitutional powers by implication.”  The concurring Justices would limit Bivens to the narrow factual circumstances in which the Court has previously recognized its applicability.

Justice Ginsberg dissented, noting that private officials operating prisons on license from the federal government are agents of the federal government, and thus ought to be subject to Bivens actions.  Whether or not a prisoner has a cause of action for certain conduct should not turn on whether the prison guards are government employees or government contractors, as state remedies may well be in adequate in any case.

Listed below are links to weblogs that reference Better Late than Never: No Bivens Action Available Against Government Contractors: