In Empirical Studies of Contract,  Zev Eigen, examines scholarly works published in the last seven years from the fields of, among others, law, management, sociology, psychology, and law and economics to report the trend of empirical analysis of the relationship of contracting party behavior to contract terms.  Eigen aims to determine whether scholars are asking the right questions and whether their methods are producing reliable empirical data. 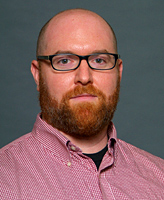 Professor Eigen briefly reviews the history and evolution of contracts doctrine and the trend noted as early as 1963 (by Stewart Macaulay) of a growing “discord between how contract is experience and how the law assumes contract is experienced.”  He next presents the methods used to classify the papers reviewed.  Professor Eigen classified 113 empirical papers according to the eight questions they sought to answer.  These eight questions are then sorted in relation to two propositional poles: 1) Contracts are a product of how drafters and signers interpret the law; and 2) Contracts are a product of factors exogenous to the law.

The paper’s findings include the following: 1) researchers are increasingly persuaded that actors do not behave rationally or in ways that optimize efficiency; 2) moral constraints are important in understanding how individuals interpret contractual obligations; and 3) there has been a notable rise in scholarly exploration of form contracting.

Professor Eigen recommends that scholars improve the substance and methods of collecting empirical data.  He notes in the scholarship a disproportionate focus on certain questions and corresponding neglect of others.  He makes a number of suggestions for empirical projects that scholars might undertake.  As to method, Professor advocates more qualitative analysis as well as the observation that forty percent of the papers evaluated used experimental methodologies, a relatively high percentage.

Based on his review of recent empirical works on contracts, Professor Eigen concludes that they review “the fungibility of contract law in . . . post-Durkheimian and post-Weberian contemporary life, wherein the role of law is reduced, and perhaps more importantly, compartmentalized.”  In our world, contract law parallels or shadows “extra-legal sources of power, authority, status and norms of exchange” rather than moderating and mediating social and economic exchange on its own.

Listed below are links to weblogs that reference Recent Scholarship: Zev Eigen on Empirical Studies of Contract: